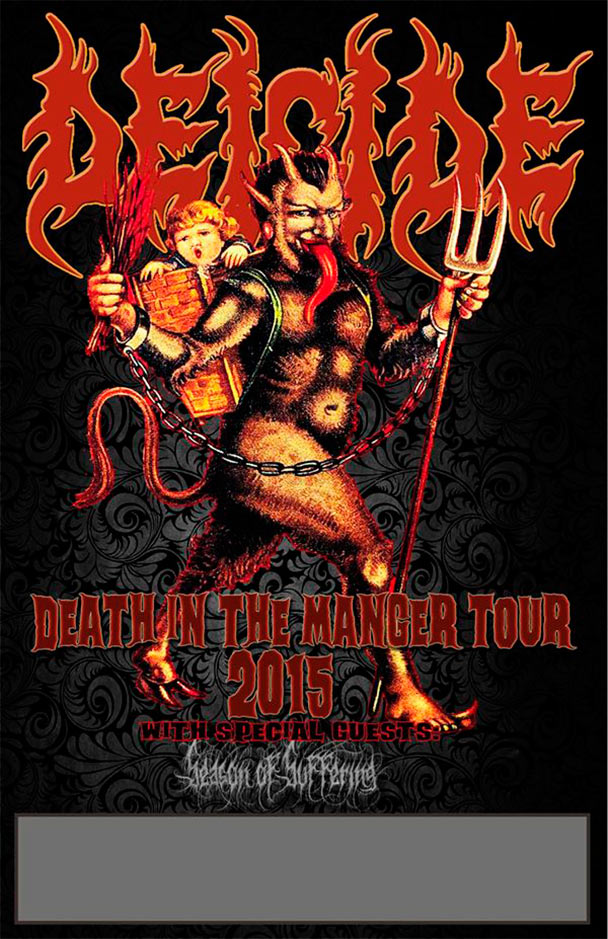 Outspoken anti-religious bands Deicide and Season Of Suffering have arranged their celebration of 2015’s “Shitmas” season with an impending tour. The trek will be known as the “Death In The Manger Tour”. It will take place early through mid December, primarily on the United States east coast and south – further dates may be announced. You can scoped the dates along with some music down below.