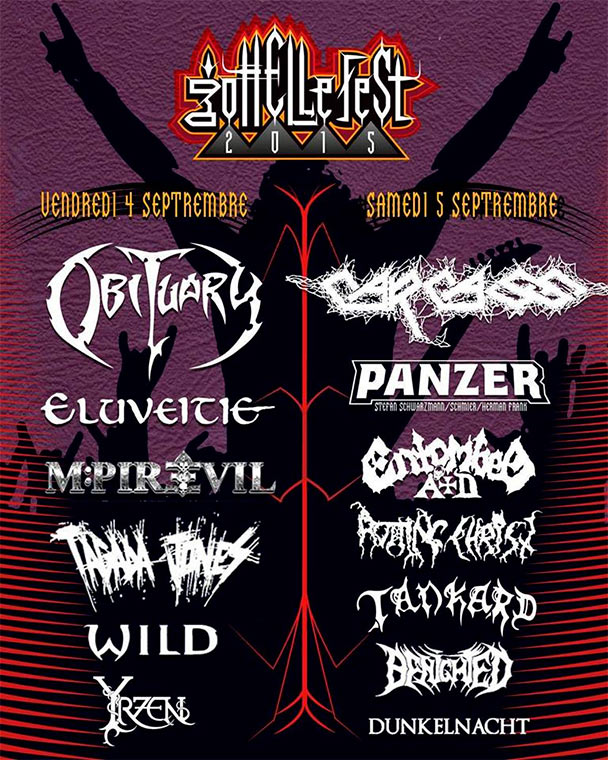 After an evening filled with too much beer, too much Jagermeister and far too much local Juniper flavoured spirit, we take a take a brief but compulsory morning break, visit a local supermarket to indulge in some almost medicinally required sustenance. All of which meant that DunkelNacht were already well into their set by the time we strolled into the venue.

To synthesize their style of music, just imagine Nilhility era Decapitated but shorn of all the scintillating riffs that made that album so devastating. DunkelNacht are very skilled at what they are playing, it just lacks the vital cutting edge to convince the uninitiated. But having declared this, it is only 3pm and they are playing to a crowd of around 300, so they succeeded manfully in their role of 2nd day openers. 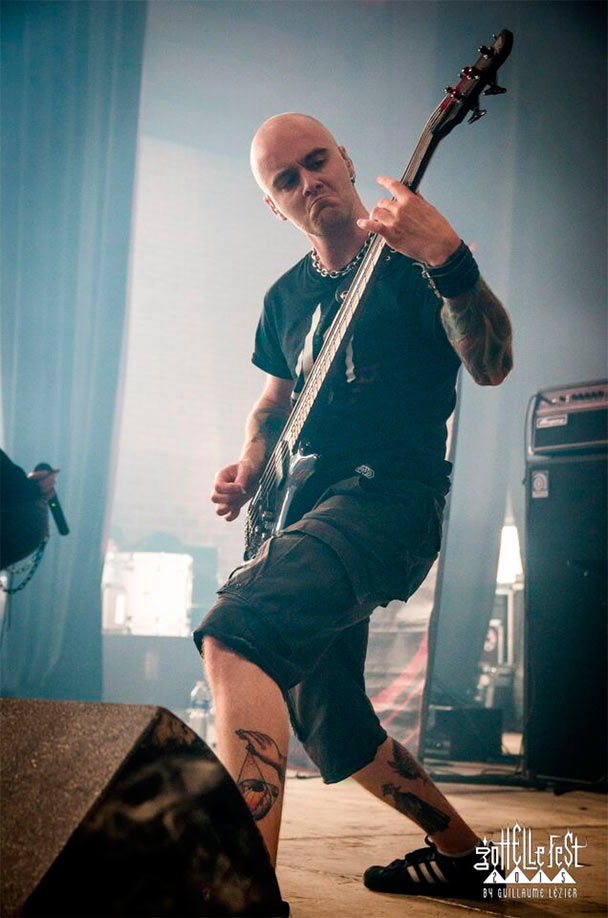 Next we are treated to a mildly mystifying but ultimately enlightening Roller Derby display by several local teams. The game itself was repeatedly interrupted by people wandering onto the track, unaware that there was a game in full flow. Somewhat disappointingly this did not lead to any high speed maximum damage style collisions, as contrary to expectations Roller Derby is not a frenetic sport. Indeed Roller Scrimmage would be a slightly more apt name for the sport.

After the cones have been collected and the sweat mopped up, next to take the stage is W.I.L.D who do a pretty decent impression of Souls To Deny era Suffocation. Although judging by their faces, they could well be older than the New Yorkers and as a result I am labouring under a reverse delusion. However in this context my pithy impressions count for nothing, as this 5 piece are obviously a crowd favourite. The hall is as full for them as it was for last nights head-liners, although this must be due to the influx of Saturday attendees who were loathe to miss a day of work.

W.I.L.D hold it down admirably during the whole of their set, pummelling and cajoling the crowd in equal measure. It may not be the most original of techniques, but it certainly is effective. 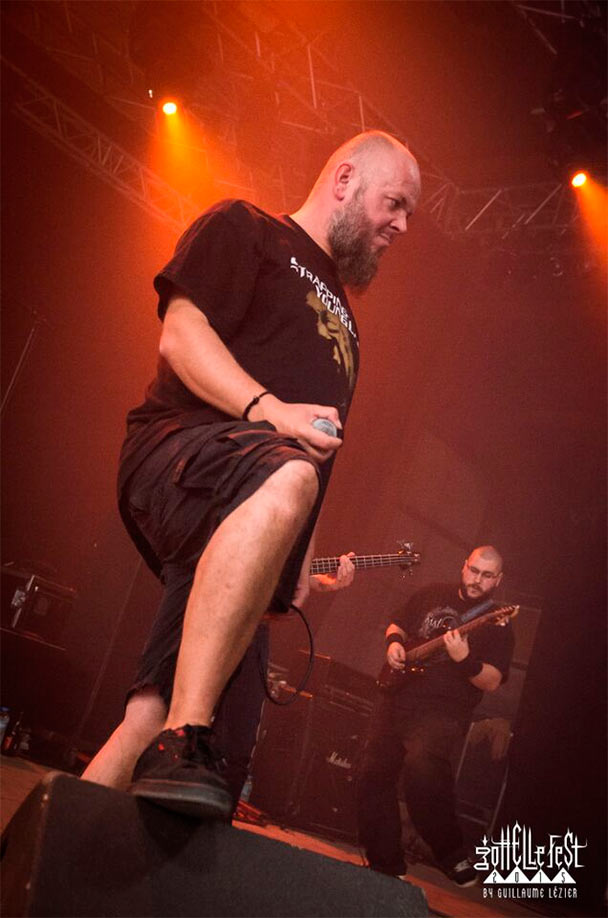 Next up is Rotting Christ, with their equal parts Behemoth and Status Quo approach to Blackened Death. But despite their unsubtle, paint-by-numbers Satanism, they are shamelessly fun and fire enough shots across the bows of the mainstream to keep the French crowd entertained. They do this with a nice line in swinging tempo’s which is supplemented by enthusiastic if not emotionally effecting lead melodies.

Again though, the Gohelle Fest crowd is enthralled by their antics and far be it from me to denigrate the opinions of the paying public; because at the end of the day, money, especially the direction in which it is spent, talks. 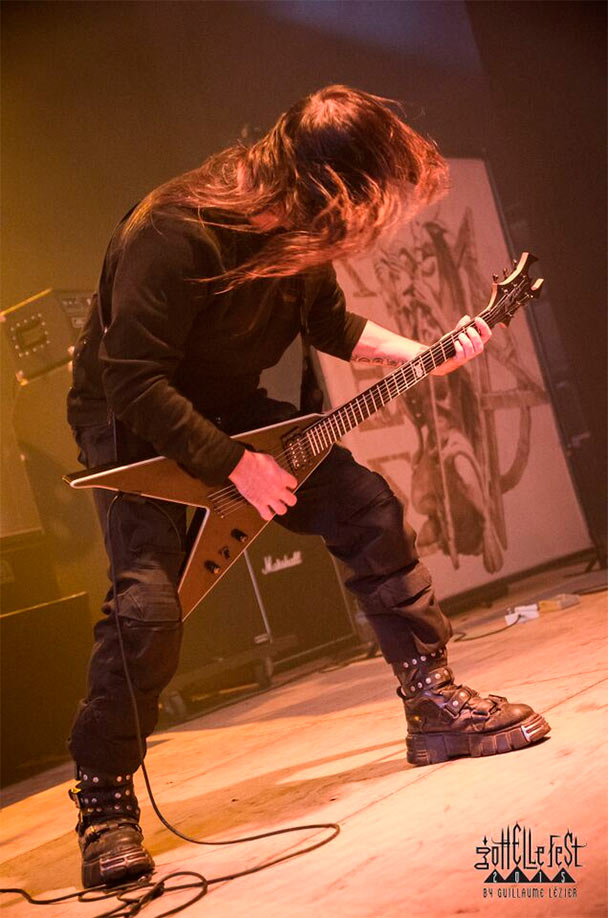 Tankard follow precisely the template that one has come to expect from Old School European Thrash bands that have somehow managed to endure; that is to say that they are utterly ludicrous, but in the most endearing manner.

Every Tankard song is about beer and as such it would be inappropriate for the singer of such a band to be an emaciated skinny Jean wearing hipster, but Andreas “Gerre” Geremia has taken beer based obesity to its somewhat illogical conclusion. TL:DR He’s a fat bastard. However he is as charming a front-man as I can recall seeing, and is genuinely excited at seeing pretty girls in the audience. An occurrence, he states, they are distinctly not used to. They pummel through their set with passion and an infectious joie de vie.

Increasingly Thrash metal is played out of love rather than any fervent hope that a career can be sustained through it, so this joy is especially refreshing to experience, as it comes from a place of utter devotion.

As he declares: “Tankard is a very old band. 33 years. Yeah I know 33 years and no success.” before launching into a rousing version of Thrash Metal Will Never Die.

Maybe it will, but not if Tankard have anything to do with it. 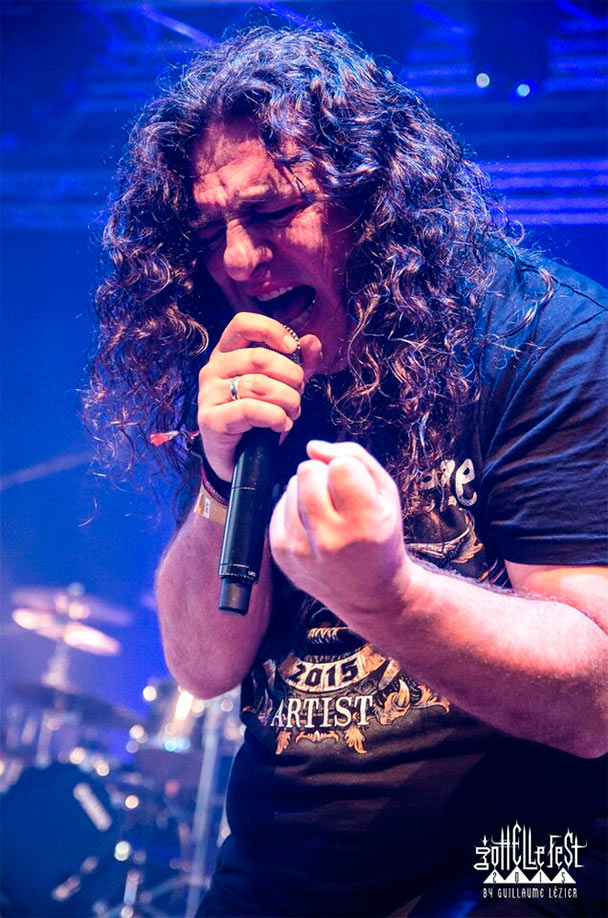 We managed to squeeze in an interview with Entombed A.D just prior to them starting their pre-show preparations,so it was fascinating seeing how transformative a few judiciously used minutes can be. Entombed will never be the mighty nexus of dark rock energy that they used to be, before the departure of original drummer and songwriter, Nikki Andersson. But what they are is a fantastic party metal band, with the perfect songs, skill and control of atmosphere for the last night of a festival.

The jollity is enhanced the bizarre addition of radio interference from a local French station transmitting through the guitar amp whenever the band stop playing. This level of Spinal Tappery might distract or even annoy many other outfits, but L.G Petrov and Co, take it all in their self-assured Swedish stride as they bash out tunes from Wolverine Blues, To Ride Straight…. and Left Hand Path.

At one stage, L.G hands the front row of the crowd a Litre bottle of Vodka and tells them to take a swig and pass it on. An act which speaks volumes about the good time nature of the band and the wonderfully Laissez-Faire nature of the security on site. 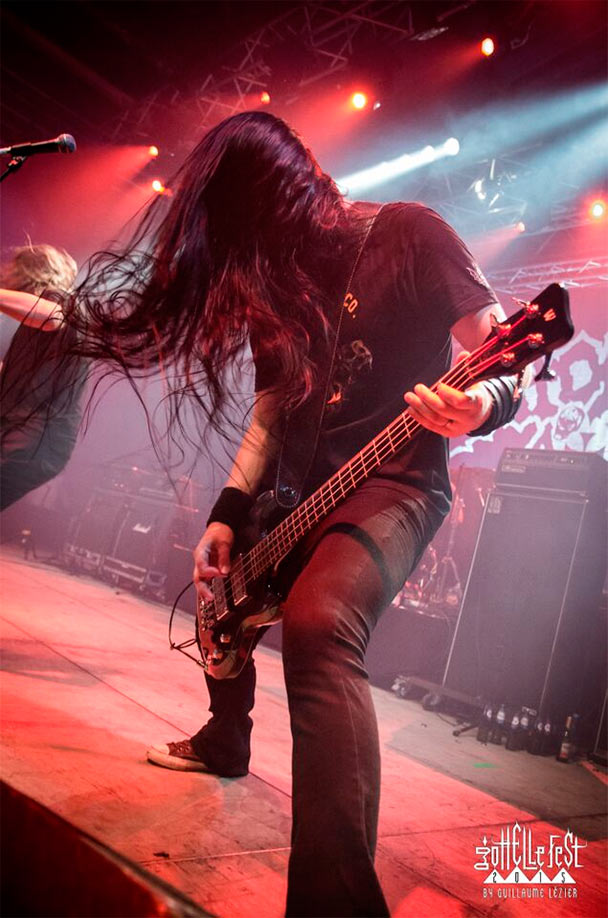 Now I must admit I’ve always struggled with Carcass. I know they are one of Death Metal’s seminal bands but try as I might, their recorded material never spoke to me. Well I must say that live they are fucking phenomenal. Perhaps boosted by a 25 year old drummer, who is younger than most of the songs being played tonight, they own their spot at the very top of the bill with an intensity that has me wondering just why they are not featured this high at much larger festivals.

Their sound is 15% better than anyone else playing today, as befits a headline act and they take full advantage of it. They run through a set list which could function as a greatest hits selection, which is mercifully devoid of the radio interference which plagued Entombed. This counterpoint adds an extra layer of menace to the atmosphere and although it is the end of 2 long days of music, it fires the crowd up in the casual spectacular fashion which I have become accustomed to while attending Gigs in France. 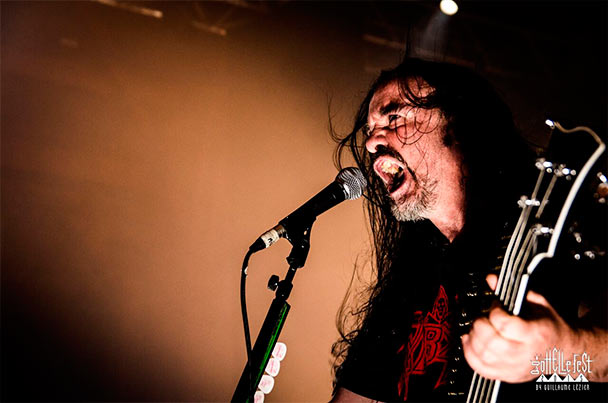 And with this the 2nd edition of Gohelle Fest draws to a close, and from the looks of exhausted contentment spread across the faces of both attendees and organisers, it feels like a considerable success. It has certainly been a shit load of fun and with its unique and comfortable location, certainly a break from the avalanche of imposition that is standard for attending most mini-festivals. A singular inspiration brought the organisers from nothing to Carcass in just two years, I will most certainly be watching with baited breath to see where their ambition will take them in the next 12 months.