Wandering through the web for new music is one of my most favorite pastimes. Today I’ve come across something rather interesting and felt it definitely needed sharing.

Thieves’ Kitchen has been around since ’99 and as much as I love progressive rock, I’m surprised I’ve not come across them sooner. Coming from the UK and Sweden, this 3 piece specializes in very progressive tunes with all manner of interesting world instruments sneaking into the mix.

Having recently released “The Clockwork Universe” (My first jump into their little world) I decided to check out all of their other stuff too. They seem to pull inspiration from all walks of prog and even fusion influences. Did I mention they have a female vocalist? Maybe it’s just me, but often times I find that smooth angelic vocals are one of the best elements to a truly expanded progressive experience. Thieves’ Kitchen exemplifies this incredibly well.

Considering a couple of my favorite bands are Dream Theater and Porcupine Tree (well pretty much anything Steven Wilson has had his hands in anyway…) Thieves’ Kitchen is right up my alley. I urge you to check them out if you’re into awesome prog. Sometimes you just are in the mood to have your face soothed instead of melted.

“The Clockwork Universe” will be officially released tomorrow! Physical pre-orders are available by CLICKING HERE with the digital version launching on Bandcamp tomorrow! 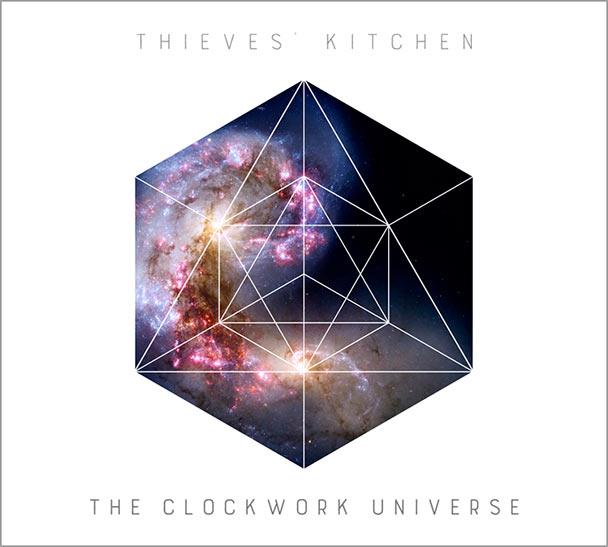