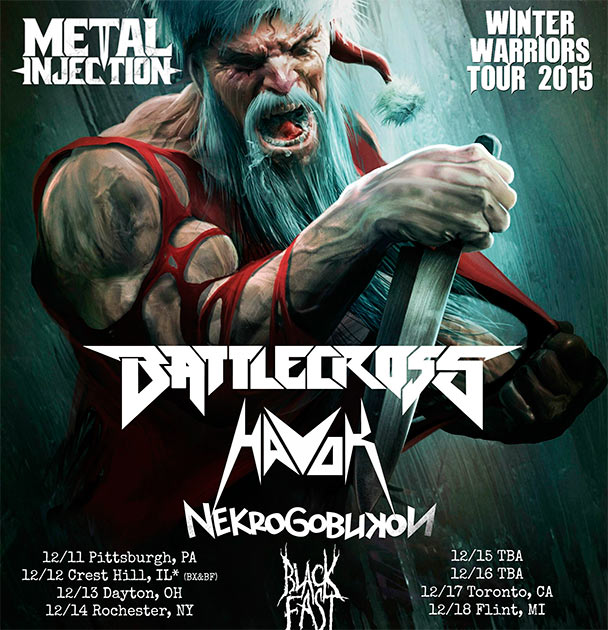 This December, Thrash will reign \m/ None other than Battlecross, Havok, Nekrogoblikon, and Black Fast will be heading out on a monstrous tour of the east coast / midwest together. Their goal (other than melting faces) is to honor veterans on “The Winter Warriors Tour”. All service members get free admission to these shows! You can learn how by reading over the official press release just below!

Battlecross will bring the second installment of “The Winter Warriors Tour” to limited Eastern US and Canadian markets in honor of American armed forces veterans again this year. Joining this thrash bash will be Havok, Nekrogoblikon, and Black Fast, beginning in Pittsburgh on December 11th, with more dates to be announced. Tickets go on sale November 13th.

Battlecross has teamed up again with The Veterans Ticket Foundation to provide armed forces veterans with free admission to “The Winter Warriors Tour”. Service members can sign up at www.vettix.org starting on November 17th. Advanced ticket buyers for these shows will again be entered to win a guitar, and a portion of the proceeds from the band’s tour shirts will be donated to VetTix to help veterans and their families attend concerts and other events in their area, free of charge.