Entheos “The Infinite Nothing” Lyric Video

The band / super group Entheos recently announced their debut full-length “The Infinite Nothing” with an April 1st release through Artery Recordings. Pre-orders bundles are now available by CLICKING HERE. You can also find a lot more information on this alum by CLICKING HERE.

In support of this, the band just launched an all new lyric video for the title track! To say it’s sounding beastly might actually be an understatement. You can find the monster down below.

For those who don’t know, Entheos is Evan Brewer (ex-The Faceless, Animosity), Navene Koperweis (ex-Animals As Leaders, Animosity), Chaney Crabb (the woman who had a memorable / beastly try out for Veil of Maya) and now Malcolm Pugh (Inferi) in place of Frank Costa (Animosity).

Here’s the official statement in regards to the new video:

Like lightning, inspiration can strike at any time. The members of Entheos — Chaney Crabb [vocals], Malcolm Pugh [guitar], Evan Brewer [bass], and Navene Koperweis [drums] — collectively felt that surge. Longtime friends Navene, and Evan co-founded Animosity and remained in the group until its split in 2008. Evan enjoyed a stint in The Faceless, while Navene joined Animals As Leaders, and Malcolm played in A Loathing Requiem, Diskreet, and Inferi. Entheos’ debut album The Infinite Nothing will be released April 1 on Artery Recordings worldwide. Today Loudwire is exclusively premiering a new lyric video for the blistering title track of The Infinite Nothing. 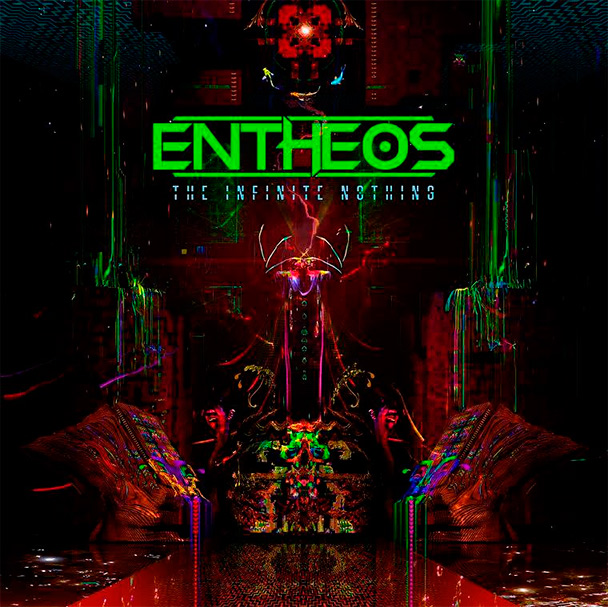