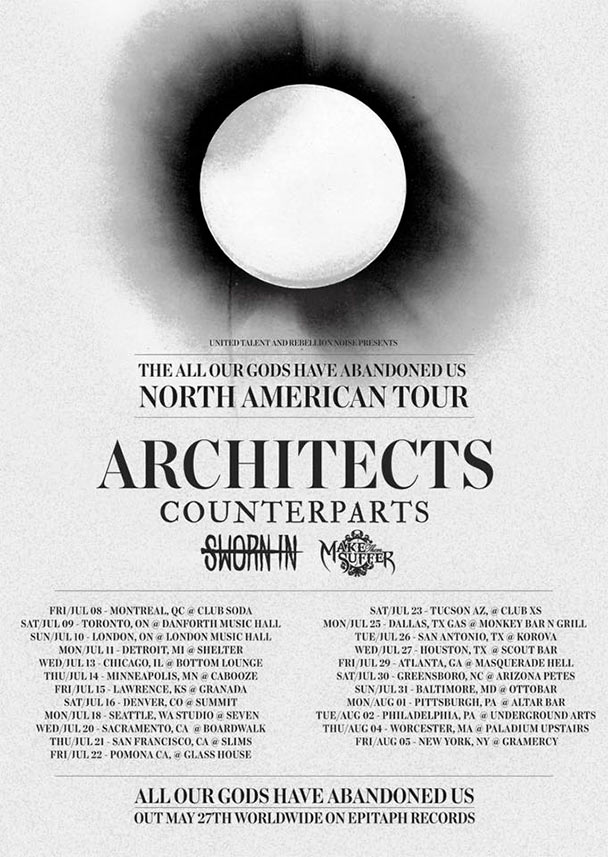 Here we are, one month before the release of the new Architects album “All Our Gods Have Abandoned Us”. As such, the band has just announced a North American tour in support of their upcoming release. This will take place in July and August with direct support from Counterparts, Sworn In, and Make Them Suffer. You can check out all the dates on the flyer up above and listen to tracks from all the bands down below. We’ll see you in the circle pit!