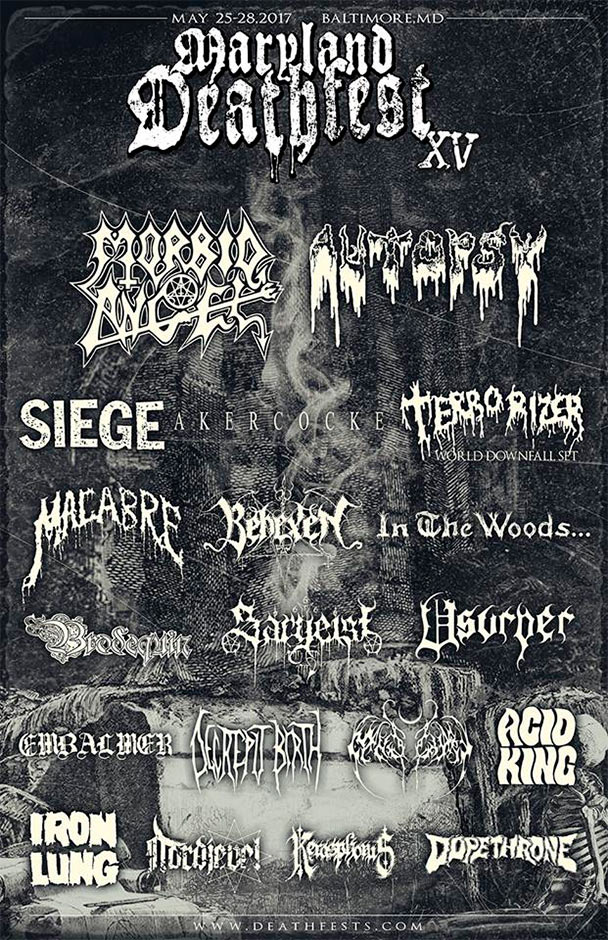 As per usual, Maryland Deathfest has an EARLY jump on next year’s festivities. Here’s the official word from the festival organizers:

and here we go with the first round of confirmed bands for MDF XV!

A limited amount of early bird (4-day) passes go on sale today at 11 am EST. If you don’t get one of these before they sell out, more 4-day passes will be released at a later date.
More bands will be announced soon!