We’re proud to present Nights of Malice! This is a solid band on the rise from New Jersey. Their weapons of choice essentially come to a cross between Deathcore and Metalcore with elements of Thrash Metal, high end technicality, and Hardcore thrown in. When you add up all these factors, it’s safe to say this musical unit hits hard… very hard at times. Functioning as a five-piece, every member brings something vital to the table which brings Nights of Malice an identity. Talent wise, they can easily stand alongside contemporaries such as (the now defunct) Structures and Fit For A King, whose vocalist Ryan Kirby makes an appearance on their latest record.

Speaking of which, their latest release comes in the form of an EP “Our Penance”. This is a six track monster just waiting to tear open mosh pits and bring good times to all those who cross it’s path. It’s as focused as it is destructive, pummeling the eardrums with well constructed heaviness. Just to add to the sheen of this well-oiled metal machine, it was tracked, mixed, and mastered at Atrium Audio by none other than Carson Slovak and Grant McFarland. To put that into perspective, those two also do all of the above for the likes of August Burns Red, Black Crown Initiate, Texas in July, Galactic Empire, and countless others. In other words, this record sounds great.

Upon listening to “Our Penance”, we had to reach out the band which brings us here today. We’ve teamed up with Nights of Malice to deliver a full stream of “Our Penance” directly to you! You can check out the video below. And, if you enjoy the music, be sure to head over onto Bandcamp, Facebook, and beyond to show these guys some love and support! It’s well deserved. 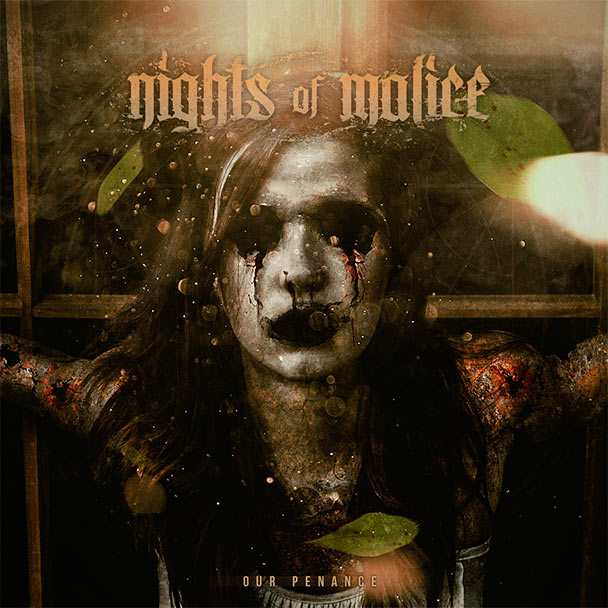