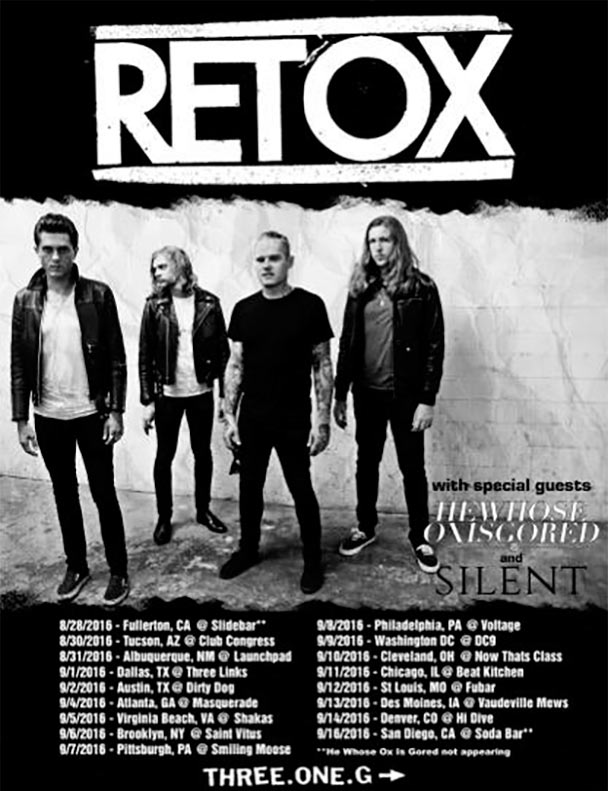 Retox is preparing to sweep the United States, starting later on next month. In this venture, they’ll be joined by the bands He Whose Ox is Gored and Silent for one hell of a venture. For those who are interested, all the dates can be found on the flyer up above and music from the bands can be found below. You can also read over the official statement given in regards to this trek right here:

Crawling out from beneath Southern California once again is Retox with a tour beginning August 28th and spanning from California to New York. Their return is much anticipated after laying low for some time, as members Justin Pearson and Michael Crain have been busy working with ex-Slayer drummer Dave Lombardo in their new band Dead Cross, in addition to Justin’s touring and May record release with Head Wound City (including members of The Yeah Yeah Yeahs, The Blood Brothers, and The Locust). With Retox, a grimy, abrasive punk ethos is the heart of the band’s sound– a distinctive sci-fi surf rock meets scumbag stage presence they’ve mastered that has surely left a void in its absence.

Retox will be traveling with support from He Whose Ox is Gored and Silent.