You may remember the band Vector of Underground for their unpredictable, off the wall style shown on the album “Original” at about this time last year. If not, you can give a listen to the goods by CLICKING HERE or just by sticking around for more.

The band just released a zany, new music video and single for the track “Mishka!” You can take a look and listen to this just below. You can also find a description from the band themselves under that. Enjoy!

Since the band was formed in 2007 no one can predict them! The most experimental band comes back with a new video clip!
In this video clip you will see a story about Russian band where vocalist is a King and other members are simple guys. This band has a director and this director is … A BEAR! So the director of the band tries to sign the contract and has a meeting with a producer. The producer is very severe and the bear tries to do all things to attract a lot of people to come to the gig of the band!
That’s what Vlad Lobanov(vocal\lyrics) told about this video clip:
«In a while we discussed screenplay of a new video clip we have done 6 video clips and in each of them we have hot girls! Yep, we are rock’n’roll band but I thought maybe there are too many girls in our videos?
So then we brain-stormed and have done all agreements about things should be in the clip suddenly OUR screenwriter said:
«All right guys! All this crazy things on the stage and bears are good but … what about girls?
So I spoke my mind above and heard the following:

«WHAT?! The rock video without GIRLS?!! Rock video without girls sucks! I refuse to shoot video this way!»
Haha! I said no problem! Thanks to what is in the video clip you will see 4 girls in red ties and caps. At time of the USSR we had an organization for teenagers and girls in this organization looked this way».
So we are extremely proud to introduce this new video and we hope you enjoy it! 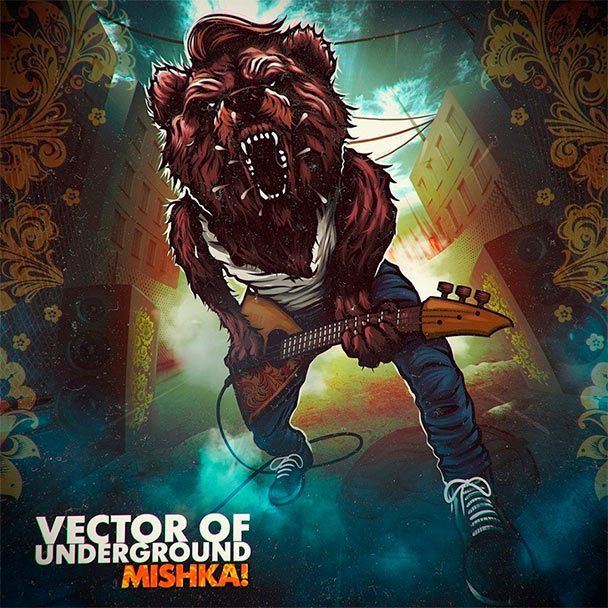