For those who don’t know, Deftones now have their own brand of IPA on the market! It goes by the name of Phantom Bride IPA in support of the band’s latest album “Gore”. This was done in collaboration with Belching Beaver. While speaking to Draftmag.com, frontman Chino Moreno had the following to say of the brew’s inception.

“I was jealous of other bands putting out beers, loving beer as much as I do. So I pitched the idea of doing a collaboration with a few different breweries, and Belching Beaver was the first one to come back and really be engaged. They didn’t want to just slap the band’s name on the bottle; they wanted to know flavor profiles we were into. They actually sent me a bunch of samples of different batches they were testing before going in and making the final decision on the beer, so I felt like I was part of the process.”

Really excited to see our Phantom Bride IPA hit the shelves. As a huge beer connoisseur it was a privilege collaborating with Belching Beaver on the flavor profiles and coming out with a beer that I would put right up with any of my favorites. Good stuff!” –Chino.

The beer ships from the brewery to distribution outlets in Washington, Oregon, Nevada, Hawaii, and California today and will be available to retailers and consumers where all great craft beer is sold, including BevMo!, on October 3rd. Phantom Bride IPA will be available on draft and in 22-oz. bottles. It is brewed and bottled by Belching Beaver Brewery, Vista or Oceanside, California. San Diego County.

The beer is named after the multiplatinum, Grammy Award-winning alt-rock band’s latest single “Phantom Bride,” from their current album Gore, which is currently Top 10 at Rock Radio. 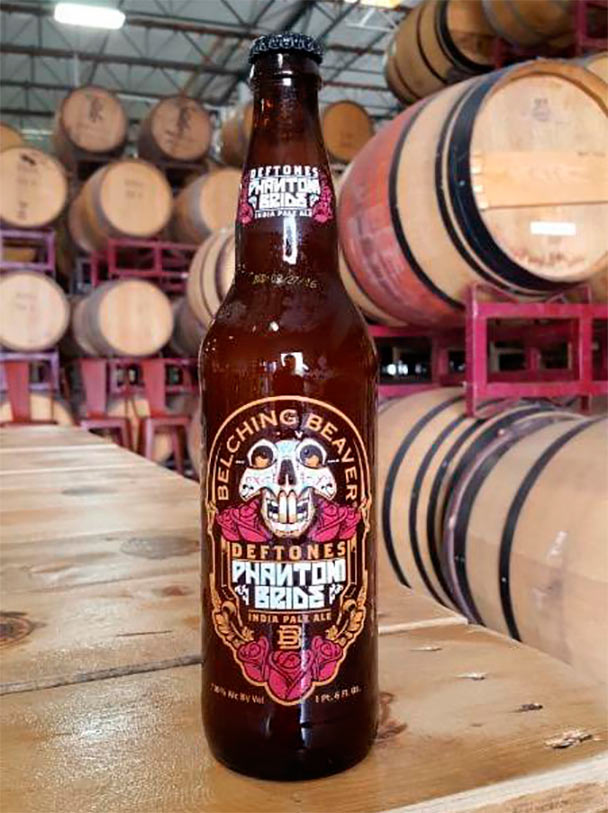