Luckily, this joke of an American political process will come to an end tomorrow. The only pleasant part of this train wreck has been the comedy and satire associated with it. The metal community (and the music community in general) has been no stranger to this. For example, Brujeria “decapitating” Trump, Municipal Waste’s shirt designs, and so on.

5. My Daughter Is A Piece Of Ass

6. Poor People Are Too Stupid To Get A Loan From Their Parents

8. Blood Coming Out Of Her Wherever

19. Some Things Saddam Hussein Did Well

27. Nobody Respects Women More Than Me 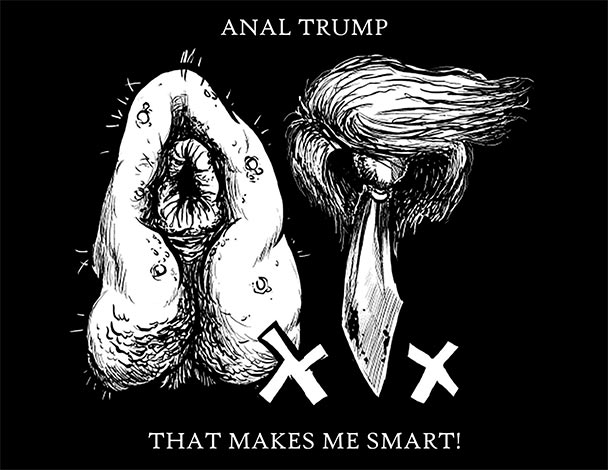