Pallbearer just announced an all new album by the name of “Heartless”! This will be released on March 24th through Profound Lore.

Progressive doom giants Pallbearer have returned with their third album: a 7-song collection of monumental rock music titled Heartless, which will be released March 24th from Profound Lore in North America (in Europe from Nuclear Blast Entertainment). Pallbearer recorded Heartless on analog tape at Fellowship Hall Sound in their hometown of Little Rock, AR, and mixed it with Joe Barresi (Queens of the Stone Age, Tool, Melvins, Soundgarden) in summer of 2016. The end result is an album grander in scope than anything they’ve released prior, showcasing a natural progression that melds higher technicality and more ambitious structures with Pallbearer’s most immediate hooks to date.

On Heartless, Pallbearer offer a complex sonic architecture that weaves together the spacious exploratory elements of classic prog, the raw anthemics of 90’s alt-rock, and stretches of black-lit proto-metal. Lyrics about mortality, life, and love are set to sharp melodies and pristine three-part harmonies. Vocalist and guitarist Brett Campbell has always been a strong, assured singer, and on Heartless, his work is especially stunning. Written by Campbell and bassist/secondary vocalist Joseph D Rowland, the words have moved from the metaphysical to something more grounded. As the group explains: “Instead of staring into to the void—both above and within—Heartless concentrates its power on a grim reality. Our lives, our homes and our world are all plumbing the depths of utter darkness, as we seek to find any shred of hope we can.”

By fusing their widest musical palette to date, Pallbearer make the kind of heavy rock that will appeal to diehards, but could also find the group crossing over into newer territories and fanbases. After having helped revitalize doom metal, it almost feels like they’ve gone and set their sights on rock and roll itself. Which doesn’t seem at all impossible on the back of a record like Heartless. 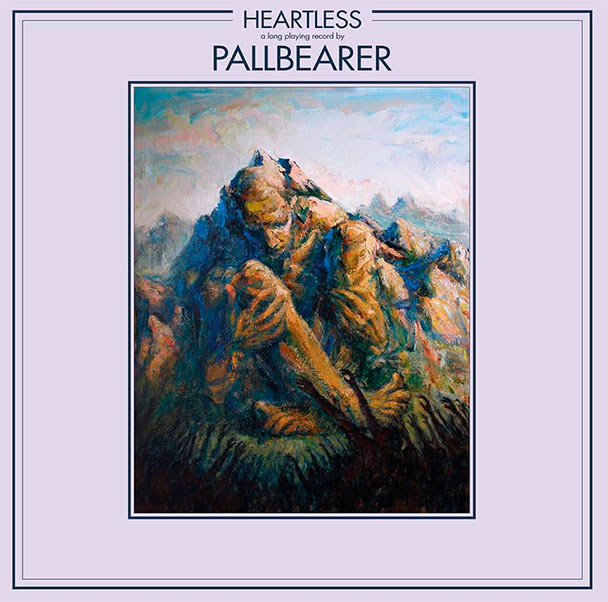