Kardashev have an all new, monster of an EP being released this Friday October 27th through the good people at Subliminal Groove Records. However, as it stands, you won’t have to wait another minute to give the whole thing a listen! Kardashev are streaming “The Almanac” in its entirety right here, right now! You can enjoy the EP in full through the Bandcamp stream provided below. A number of pre-order packages and the record itself are available for pre-order at that location as well.

It’s safe to say many followers of The Circle Pit will enjoy this release for its massive, heavy approach matched with lovely progressive sensibilities and all around great songwriting. So, what are you waiting for? Give a listen! Be sure to support the band if you enjoy what they’re doing here!

Here’s the official word in regards to this new release:

The Almanac is Kardashev’s second EP, and 4th studio album in their 5 year tenure. Lyrically, it follows the story they began telling with their 2012 EP, Excipio, in which the concepts of discovery, truth, and humility play out across a starry landscape. Musically, the album is profound in soaring, evocative melodies and musical movements.

Kardashev have always existed in the metal genre, but over the years have incorporated the delicate and elegant atmosphere that interweaves the aggressive sound they began with from the start. The aggression is becoming less frequent and is being replaced by melody, and the dynamic range brought on by their singer, Mark Garrett, can only be compared to his performance on their 2014 single, IOTA. Additionally, Garrett has written AND speaks a language he created for this album called, “Alunea”. The intro and outro tracks of the album, aptly named Prologue and Epilogue, serve as musical landscapes for him to deliver the language in the form of a story from the perspective of the unnamed traveler.

Kardashev’s guitarist, Nico Mirolla, has been performing on Twitch.com since October 2016 and the band are in the early stages of performing their live show online as a group at http://www.twitch.tv/kardashevband. They’ve decided to forgo any live opportunities elsewhere due to the extraordinary costs associated with touring and playing locally. However, this album is set to be performed through their Twitch account soon after release as a proof of concept.

Chris Gerlings, bassist and art director for Kardashev, narrowed his eye toward photography for this release. He toiled over the visual themes that could best represent the aural content and then gracefully layered in intrigue. A profound white hand moving through flora, earth, water, and sky. The apotheosis of story, sound, and visual art, Gerlings drives home the image of discovery and unfamiliarity with his capturing of this curious hand inexorably moving toward the next discovery.

Come now, friends. Journey with them to learn more about the band and their story at http://www.kardashev.bandcamp.com. Support them through Bandcamp, iTunes, Spotify, or Amazon. 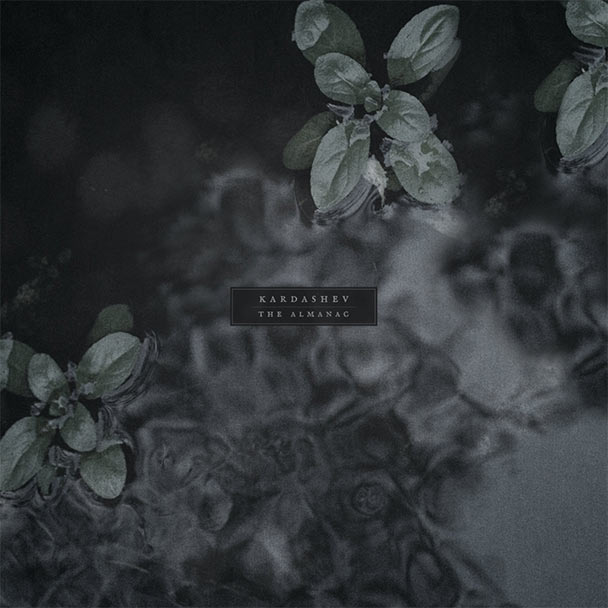