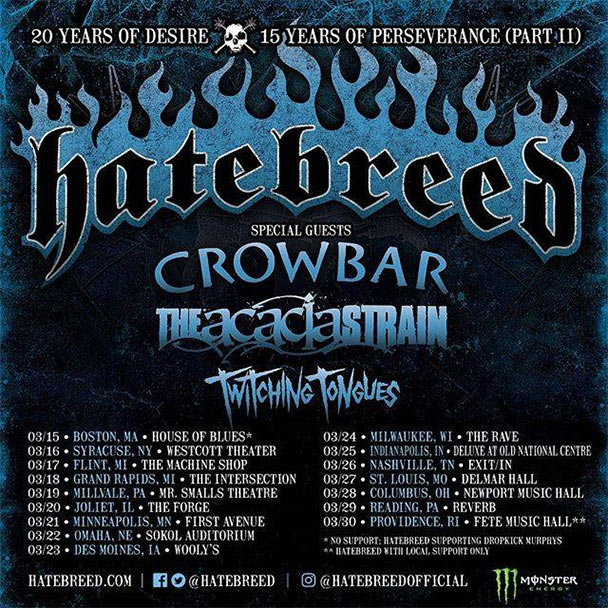 Hatebreed will be embarking on a yet another anniversary tour in March! Or, rather, they’ll be embarking on a double anniversary tour! This will be done to celebrate 20 years of “Satisfaction Is the Death of Desire” and 15 years of “Perseverance”. Support for the trek has just been announced as well! Hatebreed will be backed by no less than Crowbar, The Acacia Strain, and Twitching Tongues!

The headliners had the following to say of this, “We had some great times on the first leg of the tour that we decided to add another batch of dates with some more of our favorite bands to play with! We will be hitting the road @crowbarmusic @theacaciastrain & @twitchingtongues this March for the 2nd leg of the 20 Years of Desire & 15 Years of Perseverance Tour!”