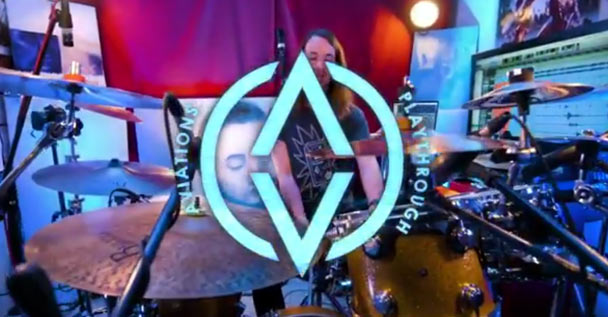 Here’s an awesome world premiere of a video worth sinking the ears and eyes into!

James Knoerl is a monstrous talent who’s also played with the likes of The Faceless, Threat Signal, and Native Construct over the years! Here he can be seen skillfully playing through the track “Concrete Kitten” from his primary band Aviations! This can be enjoyed by hitting the play button provided just below.

Aviations just put out a new album this year which goes by the name of “The Light Years”. This was received with critical acclaim as the band boasts a huge sound! This track in the drum playthrough is a selection off of that record. So, naturally, if you want more, it can be found on several music platforms across the internet including Bandcamp!

You can also follow along with the band and see what comes next by hopping over to their Facebook.

Aviations drummer James Knoerl (whose played with The Faceless, Threat Signal, and Native Construct over the years!) with an impressive playthrough! 🥁"This is a fun one to play live, one of my favorite fills from the record is in this song and Adam has dope vocals for this tune as well. Enjoy!"Mixed by Adam Bentley (Arch Echo)* Check out my band's new album (1/19/2018) here: https://bit.ly/thelightyears *jamesknoerl.com – for session inquires and more videos! IG & Twitter – @jamesplaysdrumsFacebook – https://www.facebook.com/JamesPlaysDr…Aviations – https://www.facebook.com/AviationsBand/Blumen – https://www.facebook.com/blumenmusic/