Behemoth, At The Gates, Wolves In The Throne Room tour! 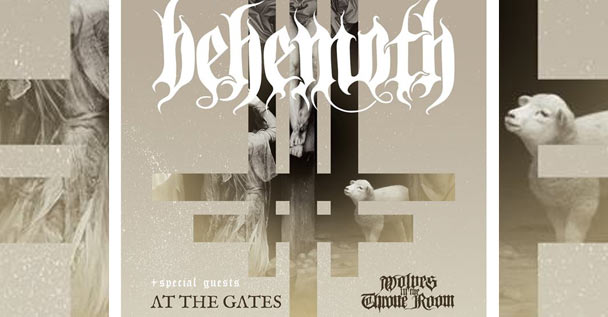 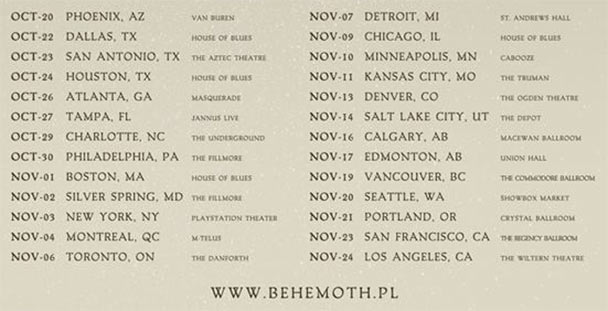 Quite the extreme metal tour is preparing to whip up North America in a storm of sound this year! A dangerous trio made up of Behemoth, At The Gates, and Wolves In The Throne Room will make this a reality. You can check out all the impending dates on the flyer up above and listen to music from all three band’s below…

Behemoth’s frontman Nergal had the following to say of this, “I hereby announce Behemoth’s triumphant return to the North American shores this fall. We will be in the noble company of At The Gates and Wolves In The Throne Room, who will be supporting us on our 11th opus. Even though it’s only been a few moments since we played for you, our American legions, we cannot wait for this tour to start! It’s gonna be the first headlining run supporting new music and we are bringing all the artillery, which means the biggest production thus far! ‘Ecclesia Diabolica America 2018 e.v.’ arrives soon and we want you to celebrate this sonic pandemonium with us!”

In other Behemoth news, the band is currently preparing the release of an all new album! You can give the teasers a look / listen for yourself by CLICKING HERE.