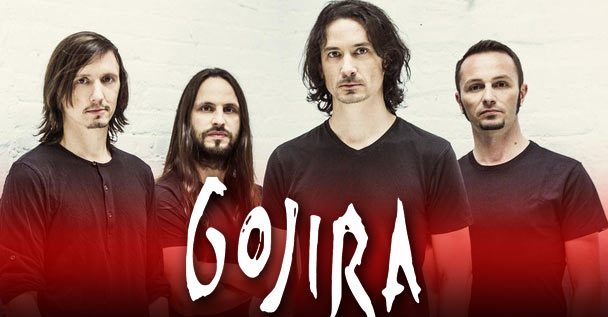 Metal Injection recently had a great interview with Gojira’s vocalist/guitarist Joe Duplantier. Through the exchange, he gave updates on progress towards new Gojira music! You can CLICK HERE to read the full interview or read some quotes right here:

“We started to write new stuff maybe about a year ago. Seven months ago we started to jam, especially my brother and I and maybe the other guys too thinking that we’re starting really, really early. By the time we think we’re ready to record we’ll be ready. Turns out we’re going a little deeper in the writing and maybe we’re thinking too much sometimes.

We did 20 kind of demos, songs, ideas. I can’t say we have something yet. We’re doing some research and more than before. Usually we write 12 songs and record 12 songs and release 12 songs. Now it looks like we’re going to write 100 songs. It’s a different approach and it’s fun. We have new desires and a new way of doing things. I like to think it’s going to be awesome. I feel it’s going to be really exciting, for us at least. I don’t know what people are going to think.”

“I want to go back to some of the older influences that we have. We were always not a death metal band. Before that I was a Dire Straits fan, Michael Jackson. We have that in us and some progressive stuff too. We have all these things and we need to express that somehow, mixed with our own special sauce.

We’re working with stuff that sometimes is a bit surprising, even to us. Sometimes it’s like what is this? I don’t know, let it sleep a little bit and go back to it. After this we’re going to go back into the studio and see what’s going on.”