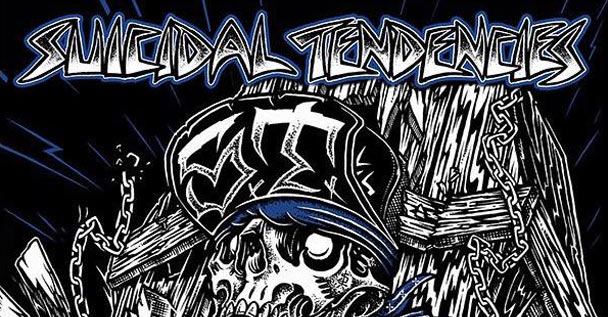 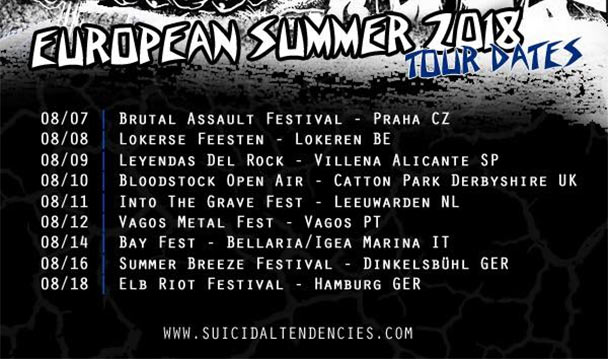 New Suicidal Tendencies is on the way! They’ll be releasing an all new album “STill Cyco Punk After All These Years” on September 7th. They also announced a European tour in support of this.

SxTx U.S. TOUR DATES ARE HERE! All tour dates and ticket links poSTed below!!!! TICKETS GO ON SALE THIS FRIDAY!!!!!

STarting a tour in a city with an ST in it is always good so the first show in BoSTon will be extra special as we will celebrate the release of our new album “STill Cyco Punk After All These Years” September 7th and same thing on September 8th in Washington DC! More details about that and some cool surprises coming soon!

Hope you guys are ready to get CYCO!!!! See you in the PIT!!! STraight from the heart… SUICIDAL!!!!