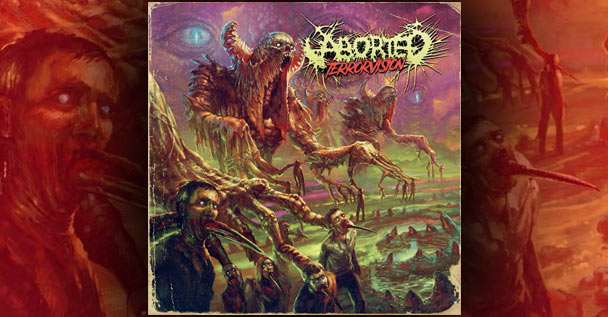 The mighty Aborted have announced an all new album with which to crush the weak. It goes by the name of “TerrorVision” and so far, it’s looking sooo metal. If that album art doesn’t say it all, I’m not sure what does! Expect the release of “TerrorVision” on September 21st through Century Media!

In support, they’ve released yet another new single by the name of “Vespertine Decay”. It comes equipped with another new music video which can be viewed just below! We’ve included “Squalor Opera” as well.

Keep in mind, Aborted will soon be touring with the likes of Cryptopsy, Benighted, and Cytotoxin in Europe starting this November. CLICK HERE for the dates.