Being As An Ocean launch single / music video “Know My Name” 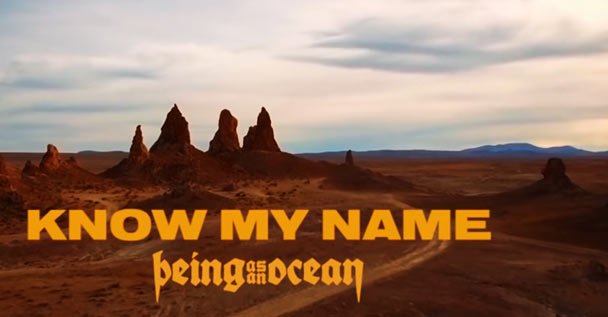 Brand new Being As An Ocean has arrived! This track “Know My Name” will be included on the deluxe edition re-release of their 2017 record “Waiting For Morning To Come”. Enjoy the music.

Anthemic post-hardcore rock band Being As An Ocean and Los Angeles based label SharpTone Records have released a Deluxe Vinyl Edition of the band’s 2017 independently released, fourth studio album, Waiting For Morning To Come. The collaborative release features the critically acclaimed album with three new songs all on vinyl for the first time, and available in a variety of bundles.

Being As An Ocean has unveiled a music video today for a brand new song called “Know My Name,” that’s featured on the Deluxe Vinyl Edition. Watch it now at BeingAsAnOcean.com.

“‘Know My Name’ is an ode to those in the world who are finding their voice– be it creative or individual– and are seeking actively to foster their human spirit through community.” – Joel Quartuccio

See More: Being As An Ocean, Melodic Hardcore
« A Perfect Circle announce US tour openers
Terror launch “Spirit Of Sacrifice” »