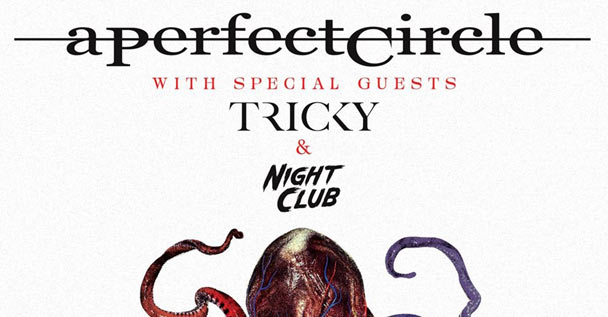 UPDATE – Tricky and Night Club will be opening acts on this tour.

For those who are unaware, A Perfect Circle recently launched their new album “Eat The Elephant”! Now, they’re plotting out a tour in support of their latest conquest. You can see all the dates for this along with some new music down below. Should make for some good times!