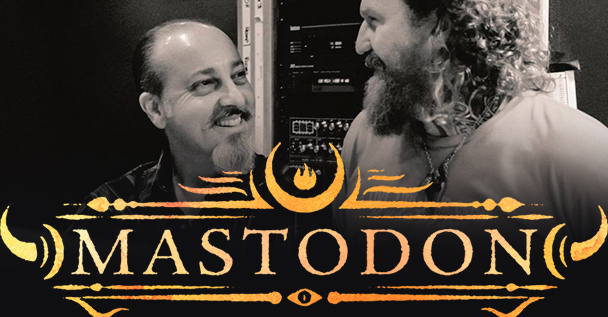 Thank you for your guidance, your wisdom , your never ending hard work and dedication to Mastodon, always pushing and reaching turning over every stone to make sure we were always protected and always had every opportunity any of us could dream of. Thank you for making yourself available morning noon and night to handle every crisis or situation that ever came up. Thank you for being so passionate and believing in us with such enthusiasm that we considered you part of the band. Thank you for your calm demeanor, your level head and your sharp sense of humor. Thank you for showing all of us how to work our phones and computers with incredible patience via NJ solutions. Thank you for your smile and your infectious laugh but most of all, thank you for your unconditional love and friendship, we love you very much and are going to miss you more than we know. We love you Nick John. RIP. Sending love and strength to his wife @theoriginalleen who is also a dear friend of ours. We love you Colleen! #nickjohn #bestdudeever

Sadly, it would appear that Mastodon’s longtime manager Nick John is in a battle with pancreatic cancer. This has caused the band to cancel their upcoming tour with Dinosaur Jr. and Netherlands as a “critical situation of a member of the Mastodon family”.

Following this, Brent Hinds and Brann Dailor have released statements in regards to the situation. These can both be found through the Instagram posts provided down below.