Aviations go on a “Quest” with new music video! 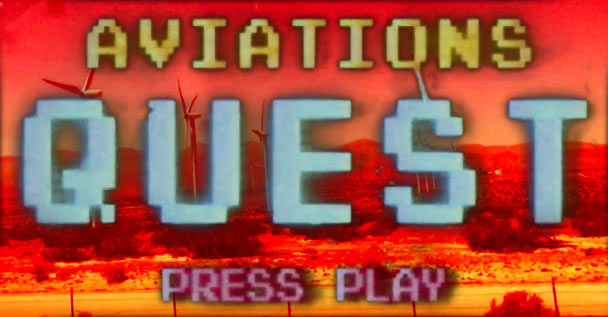 Here’s a world premiere for you good people! Your ears about to embark on a quest through the world of Progressive Metal, as presented by the band Aviations. More specifically, the band just released an all new music video for the track “Quest”. The clip is composed of footage from three of the band’s tours and can be found just below. Enjoy!

The band themselves had the following to say of this:

In 2018 Aviations went on three tours with our friends in SAWCE, Circuitry, Others by No One and Outrun the Sunlight. We tried to film at as many shows as we could and film as much fun stuff as possible while we were on the road! :D

This was done in support of the album “The Light Years” which Aviations put out earlier this year to much critical acclaim! And for good reason! The nine tracks of this LP lay out a proper journey for the ears across nearly an hour’s worth of content where any aural adventure is possible. The band boasts a huge, lush, and all around creative sound. So, if you enjoy the music here, what are you waiting for!? Go on that adventure!

“The Light Years” is available for streaming and purchase across the internet on platforms such as Bandcamp, Spotify, Amazon, and iTunes to name a few. You can even pick up some merch by CLICKING HERE.

To give more of a taste, we’ve also provided some videos for you to enjoy just below. This includes the jaw dropping stop motion music video put together for the track “Lullaby”.