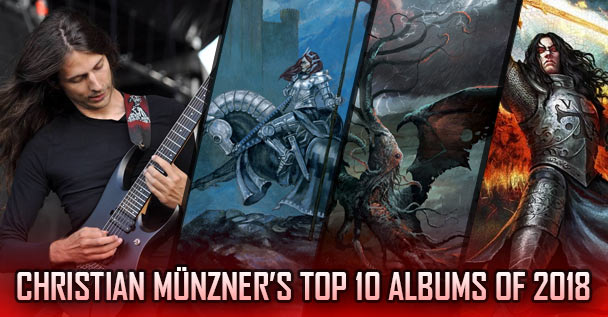 Chrisitan also plays in Eternity’s End and has a worthwhile solo project! Furthermore, in the past, he made waves in bands like Necrophagist, Obscura, Spawn of Possession, Defeated Sanity, and many more.

We also received a top 10 list from Alkaloid’s Danny Tunker which you can look at by CLICKING HERE.

7. Monstrosity – The Passage Of Existence

5. Impellitteri – The Nature Of The Beast