System Of A Down’s Shavo, “We Have Material That Tops Everything We’ve Done” 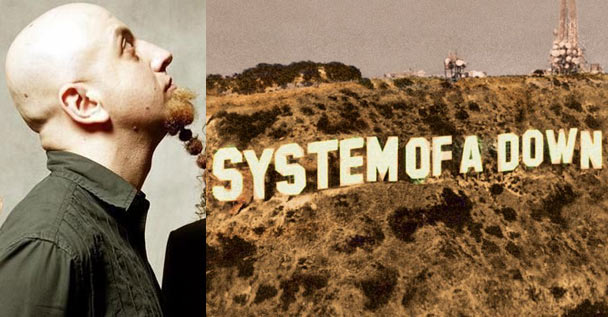 In a recent interview with Consequence of Sound, System of a Down bassist Shavo Odadjian had some interesting things to say in reference to the current state of the band. When asked if fans can actually expect a future album from System of a Down, he had the following to say:

I think so. I think we can. Nothing between us has happened that’s so terrible that people can’t get in the studio and work. Nothing! Everything is just [a matter of] taste, and they just gotta get in and forget the past, and kind of move forward. And I think that will happen. I’m not worried. I’m not worried at all.

Everything that you heard over the summer, that they kind of brought into public, was stuff that was in the past. That stuff happened a long time ago. So, it’s like, 10 years later, something new came up, but it wasn’t really new. It was something that was really old, and they were just hashing it out. Because one person did an interview, and I guess in the interview they paraphrased his words and it came off wrong. And I read that, too, and it wasn’t like him. He wouldn’t blame anyone.

I spoke with Daron, and he was like, “Dude, I didn’t say those things, I said it this way.” Anyway, that kind of made someone else [Serj] think something, and then that person had to tell their point of view. It was just point of views.

And, can I be honest with you? Between you and me and this world, and to the people who read this interview, we have material that tops everything we’ve done. And that’s me telling you, honestly. I can’t wait to record that and drop it.

It’s just a matter of time. I just hope it happens sooner than later. But we’ve written stuff together. Daron’s brought a lot of stuff in. I’ve brought stuff to Daron and we’ve worked it out. I have so much more stuff that is ready to go out. I’ve told Daron this, too. I’ve said, “We’ve gotta get this done,” and he’s like, “Yeah, I’d love to.” So, we all want to, and I think Serj is kind of doing his own thing, and I get it.

I don’t think we owe it to anyone to bring back rock music to the forefront, but it would be nice if we did that, because we’re capable of it.