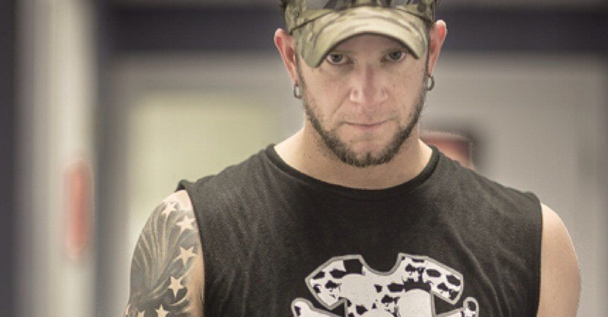 Rover Radio recently posted up an interview with All That Remains vocalist Phil Labonte. At about the 18 minute mark, he addresses the strange death of their guitarist Oli Herbert and doesn’t have the nicest things to say of his widow. The case of Oli’s death is still under investigation.

Some quotes from the clip include Labonte saying:

“I think, when it comes to the circumstances surrounding Oli‘s death, that the best thing for me to say is there’s not a lot I could say. Because there is an investigation.”
…

Beth was never allowed to be around on tour. She would come to the local shows because, you know, we couldn’t stop her. Everyone else in the band’s wives, girlfriends, whatever – they would come out on tour and stay for a few days, stay for a week. Everybody got along.

We made the decision and she wasn’t allowed because she was a garbage human being.”