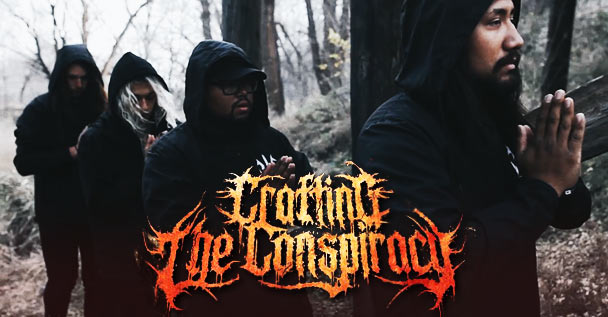 A brand new Crafting The Conspiracy music video hit the world today! If you want some quality modern Melodeath, this is it! Give a listen to “Dimension Door” below and stay tuned for the album “The Cosmic Key Part 1” out March 9th, 2019.

PRE SAVE ‘THE COSMIC KEY’ ON SPOTIFY: https://distrokid.com/hyperfollow/craftingtheconspiracy1/gjRi

1. Lament Of A Forgotten Race
2. The Traveler (Feat. Ben Duerr Of Shadow Of Intent)
3. Dimension Door
4. Embodied Isolation
5. The Carrier
6. Within The Labyrinth (Feat. Dan Watson of Enterprise Earth)

“The Cosmic Key Part 1” is a sci-fi anime influenced based concept album split into two EPs about a protagnist aka. “The Traveler” who goes by the name (Ace) who’s been wondering all through space and time for years. He had lost his memory and himself due to escaping the “Human Error” on his home planet of earth long ago caused by Serenisis (The Antagonist). As Ace is traveling space he comes across a strange planet he thinks he’s never seen before, but it turns out it’s the ruined earth long ago he had already set foot on. He then has vivid flashbacks about the planet and what had happened, then he finds out there’s a way to restore the planet with a powerful source and that source is “The Cosmic Key”. He then takes the key and wonders off on a adventure beyond anything imaginable. What happens next is for all for you to decide… does he save and restore earth? Or does Serenisis reign supreme and continue his wrath for all the future galaxies to come? Stay Tuned..

This album in general took A WHOLE LOT out of us. We literally went through HELL and back trying to figure out what to do to finally get this album/EP out to you guys. So what we did in order to get it out finally was create the album then turned it into two EPs. It’ll be a split album. Part 1 & Part 2. Both same concept and both WILL make sure your emotions are in check. We can’t wait to share it with you all. ‘The Incredible True Story’ of ‘The Cosmic Key’. CTC is no longer the human error local band you guys used to know. We are now Texas’s new and upcoming band coming back 100 times stronger as promised that hopefully EVERYONE will have their eyes on and backup 110%. We wouldn’t have gotten where we are now if it weren’t for Dan Dominguez of InnerCircle. We’re so grateful for him to have picked us up and structure this band the way it should’ve been long ago. Big thank you to all our Conspiracy Theorists for all the tremendous patience in the world and for standing by. Be on the lookout for part 2 coming out later this year. We’re currently working and almoat finished with it as well. This ones for you. Believe it. – CTC

3/22/19 The Cosmic Key release show w/ Demonstruction, Reign, and Far From Nothing. 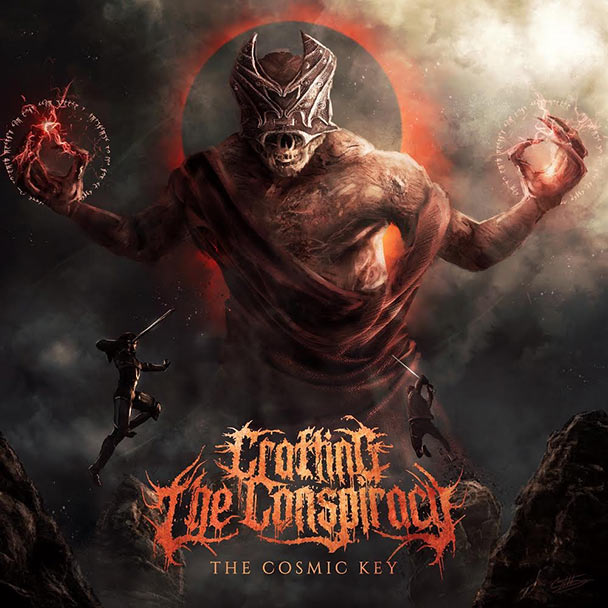