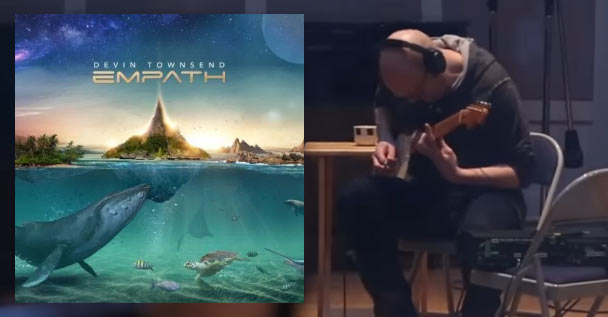 3/27/19 UPDATE – Devin has released yet another (possibly final) episode of his “Empath” documentary series. It bears saying the album comes out this Friday!

3/7/19 UPDATE – In the latest “Empath” documentary, Devin Townsend goes in-depth on what he calls the “Frankendrummer” made up of no less than the talents of Morgan Ågren (Mats And Morgan, Frank Zappa, Fredrik Thordendal), Anup Sastry (Monuments, Periphery), and Samus Paulicelli (Decrepit Birth, Abigail Williams). He also speaks on the location where “Empath” was created and many of those who took part on the ambitious project.

2/13/19 UPDATE – Part 4 of this series has surfaced! You can enjoy for yourself right here:

2/6/19 UPDATE – The third part of the documentary just hit! See for yourself right here: