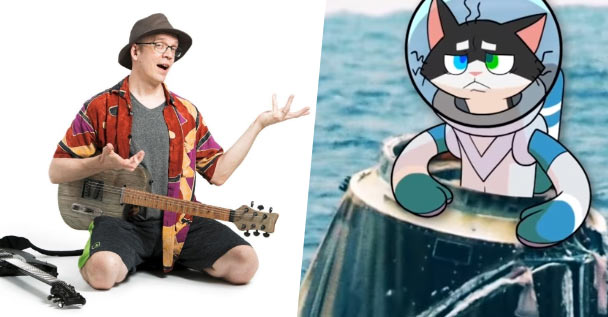 Devin Townsend has released yet another single in support of “Empath”!

The new album “Empath” will officially be released on March 29th, 2019. Pre-orders are currently available to those who CLICK HERE.

Here’s what Devin had to say of the new music video:

“The initial plan was to release a more commercial song next (the sole one on the album, ‘Spirits Will Collide’) but the video we’ve been working on for that is hilariously ambitious and we needed a bit more time. Therefore, we opted to release this song, ‘Evermore’, as a way to bridge that gap. It’s slightly in the same vein as ‘Genesis’ on some level I suppose, but a little more groovy and a bit less fractured in terms of structure.”

You can also learn more and get a behind the scenes look at the new album by CLICKING HERE.