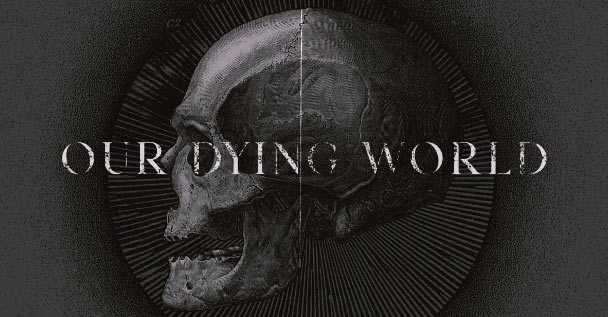 Today, we bring the focus to Our Dying World. They’re a five-piece metal band steadily on the rise from Los Angeles, CA. Despite only coming into existence less than a year ago, they’ve managed to deal quite some damage in that time.

The band does a great job with mixing several different metal styles. Primarily, they channel Groove Metal, Thrash Metal, and Melodic Death Metal. They take all these approaches and blend them damn near seamlessly with enough intensity to level your ears.

This all comes to fruition through the band’s brand new EP “Expedition”. This record packs in 7 tracks across a 25+ minute spread of metallic goods. It was just independently released upon the world yesterday! That being the case, you can currently grab the music on platforms like iTunes, Spotify, Amazon, Bandcamp, and Soundcloud. If you’d like to listen right here, right now then simply hit the videos and streams provided across this page!

Now… does Our Dying World successfully navigate the dark lands of this “Expedition”? Let’s dig in and see!

The record begins with a state of emergency on “Desert of the Real“, a dark soundscape consisting of a series of sirens and destructive forces ringing out across the land. There’s a definite sense of discord and panic through the opening sound collage. This effect only grows more intense throughout the intro until the proceedings explore into the first full track “Post Mortem” with a fierce guitar riff rolling in to be incrementally joined by the rest of the band. It’s a nice metallic build that explodes into some thrashy goods and quite more across the 5+ minute frenzy.

These two opening tracks kick things off as a nice duo and effectively gives the listener a good hint of what can be expected from the rest of the listening experience.

Speaking on the rest of the proceedings, every track on “Expedition” comes with an impact. The intensity is immediately kept up on “The Tyrant” then “Consequence” is a lovely yet bleak instrumental transition that winds up to the next track “Libration” which is undoubtedly epic. “Culticide” is pretty catchy with chant like hooks in the vocals which are complimented by riffs then… the record quite literally ends with “Armageddon”! (As memory serves, it begins that way too!) Obviously, that all barely scratches the surface because you should give this one a listen for yourself!

The lyrical content on this record is very damn metal. There’s much talk about doom, destruction, and the condition of the human race. The scale of everything also feels quite large from open to close. As a change of pace, there’s even an effective voice sample branching the fourth and fifth track of the record.

On the downside, I wasn’t initially feeling the production behind this record. There’s some mud to the final sound but ultimately, this is easy to get by doesn’t really hamper the experience when listening through the enjoyable compositions. Other than that, I also wouldn’t say this is the most original record I’ve heard. Our Dying World do effectively mix several approaches to metal music but none of these sounds distinctively strike me as being Our Dying World’s own. On the bright side, they’re quite enjoyable either way!

On that note, certain elements of this record have a definitive classic metal feel. Sections harken to heavyweights, metal horns raised to the sky, and good times to be had at shows! Feelings of nostalgia and hard-hitting fun may rise in those who listen. It’s not hard to imagine these tracks going over well in a live setting with the proper audience.

As for the performers themselves, it’s only proper to give a nod to Chris Buzea and Ruben Figueroa with the guitar domination, Tom Tierney ripping the drum kit, Nick Loxx with the bass guitar, and David Ainsworth delivering vocals on top. They all clearly work well to together, bringing a record such as this to the light!

To sum up this experience as a whole, “Expedition” is a really good record. It comes recommended to metal fans of multiple walks and ultimately makes for high chances of headbanging. While listening over the past week, I’ve felt it hover around a solid 7.5 out of 10 in my mind. Well done.

Once again, you can pick up the record for your collection through platforms like iTunes, Spotify, Amazon, Bandcamp, and Soundcloud.. On the same note, feel free to stream the music through the videos / streams provided up above. They also have merch available to those who CLICK HERE.

If you enjoy what Our Dying World have done with “Expedition” and want to learn more, feel free to visit them over on social media. They currently have a presence on Facebook, YouTube, Instagram, and Twitter. You can also visit their official website for more!