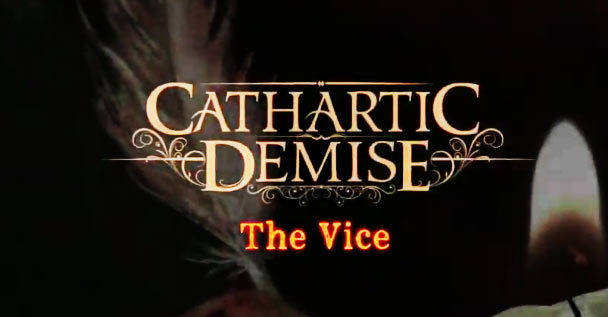 An exciting new band is set to explode out of Canada! Cathartic Demise craft some next level Progressive Thrash Metal music to pummel the ears.

They show this on the brand new single “The Vice” which comes complete with a lyric video which can be enjoyed right here:

The single has been released in support of the band’s forthcoming, self-titled EP which is set to strike the world on April 26, 2019… Stay tuned for more!

Here’s the official word in support of the release:

Fresh out of Kitchener, Canada, CATHARTIC DEMISE are releasing their debut single “The Vice” off their first release, a self-titled three-track EP expected on April 26, 2019.

This single is the first introduction to the progressive thrash metal band who are questioning genre standards by writing melodic and epic music that is still invoking the styles of the classic, familiar sound. They explain further what fans can expect from them:

“We are something memorable that people can’t get with any other bands. The sound of the band will always retain the idea of creative freedom, while still remaining true to our roots. It will always be thrashy and melodic and we will make an effort to connect to our fans. But there are also no rules; we’re open to trying anything with our sound.”

As the most technical and aggressive track on the album, “Liberty” is the perfect candidate to show what this band is made of. The band expands on their hopes for this debut:

“It encapsulates everything we do in a cohesive package. We felt that these songs were the best to show an audience what we have to offer. There are currently many more songs written and many more to come. The album as a whole was just meant to give off a short and sweet impression”

The EP will be released on April 26, 2019 and available on all major online retailers.