System of a Down, Dethklok, and Testament members cover Blue Öyster Cult‘s “Godzilla“ 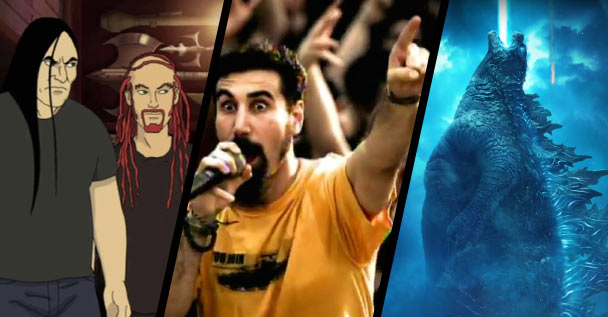 System Of A Down frontman Serj Tankian, Dethklok’s Brendon Small, Testament’s Gene Hoglan, and composer Bear McCreary covered Blue Öyster Cult‘s “Godzilla“! Give a listen below. This was done in support of the upcoming movie “Godzilla: King Of Monsters”.

Here’s what Serj had to say of this:

So my friend composer Bear McCreary calls last year and says “I have a crazy idea-would you sing on the cover of Blue Öyster Cult’s Godzilla for the film “Godzilla-King of the Monsters?”

See More: Blue Öyster Cult, Classic Rock, Dethklok, System Of A Down, Testament
« Fit For An Autopsy, “We Are Ready To Go” with new album!
New Albums This Week (4/26) »