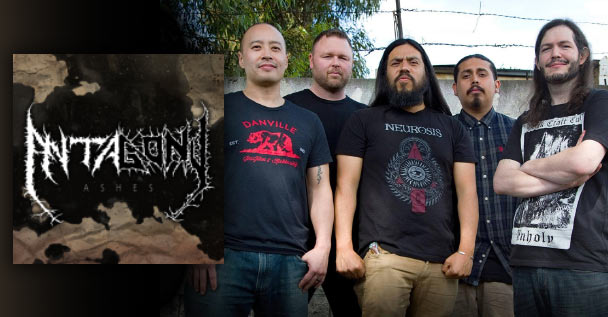 For those who are unaware, Antagony are widely credited with the creation of Deathcore music ~20 years ago. The Oakland based band pieced the right ingredients together and birthed the explosive movement in turn.

While it’s been awhile since we’ve heard from Antagony, the respective members went on to do a number of great things. Just to float some names, they are guitarist Ben Orum (All Shall Perish, Oblivion), guitarist and vocalist Nick Vasallo (Oblivion), vocalist Carlos Saldana (Connoisseur), bassist Bray Almini (formerly of Suffokate) and drummer Luis Martinez (Oblivion, formerly of The Zenith Passage).

It’s been over 10 years since the last Antagony album “Days of Night” was released. Now… the band has plotted out a return! Their new album “Ashes” will see the light of day on May 24th. Pre-orders are currently available to those who CLICK HERE.

In support, the band has released a new single! You can give a listen to the premiere of “Slob” right here:

Nick Vasallo had the following quote in regards to the new album:

“These songs are 20+ years old. Written in our bedrooms and garages. We were so young…so there is a raw and fresh energy within these songs. Antagony wasn’t trying to fit in a genre; we just wanted to write a sick part that would flow into another sick part. I was just getting into extreme metal so death metal, grindcore, hardcore, doom, slam, and metalcore were all on the same playing field. We recorded and released these songs as demos and EPs from 1998-2000. But they never got the proper production. It always bothered us, like an itch that never got scratched. Relearning and transcribing all these old songs was like sifting through forgotten memories. At the end I decided to write a new song called ‘Ashes’ to symbolize the reawakening of Antagony.”

If you wish to follow along with Antagony directly as they build up to the release of “Ashes”, be sure to give them a visit over on Facebook. 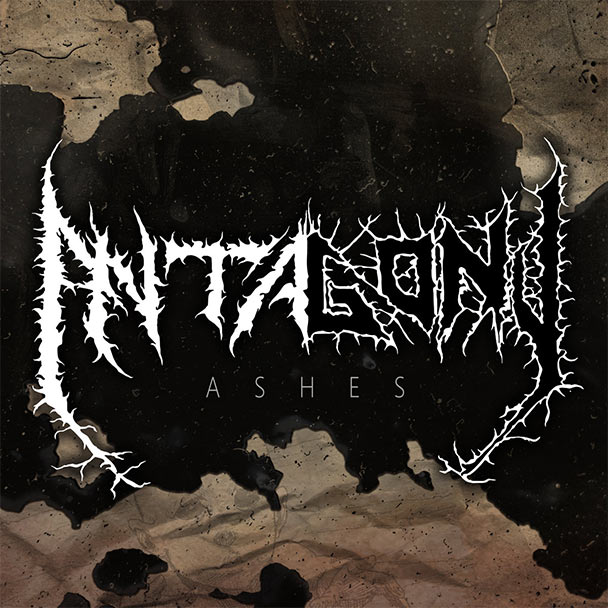