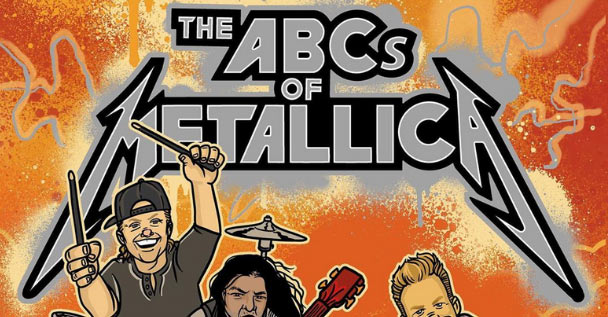 Of all things in the world of merch, Metallica have opted to come out with a children’s book. It’s known as “The ABCs of Metallica” and will be released on November 26th. Some of the proceeds will go directly towards the band’s All Within My Hands Foundation. Pre-orders are currently available to those who CLICK HERE.

“Including rhymes and illustrations, The ABCs of Metallica looks back at the history of the band from, duh, A to Z! Each letter of the alphabet highlights a moment along our journey from Garage Days to Master of Puppets to fun facts about us.”

We’re having a bit of fun with our latest book release, “The ABCs of Metallica,” available in stores and online on November 26th. Not only do you get a rhyming, illustrated history of Metallica from A to Z, but a portion of the proceeds from your purchase will go directly to @allwithinmyhandsfoundation, assisting us in supporting workforce education and the fight against hunger. Visit metallica.com/abcs to pre-order your copy!