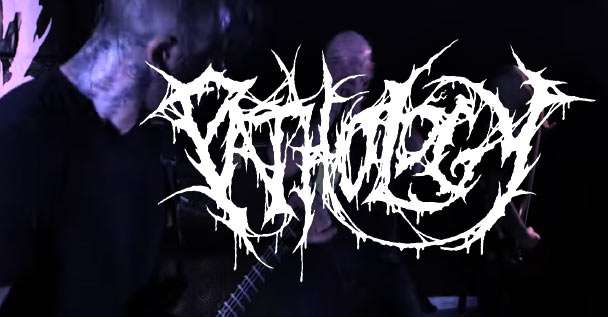 Pathology are planning the release of an all new album “Reborn To Kill”. This will hit the world on August 9th via Pavement Entertainment.

To bolster the record, a new music video for a new single “The Beast Within” has been unleashed! The clip was directed by Jeff Forrest.

Here’s the official word in regards to all of the above:

San Diego brutal death metal band Pathology has finished recording their new album. Produced and mastered by Zack Ohren at Sharkbite Studios (All Shall Perish, Decrepit Birth). The artwork has been done once again by the mighty Pär Olofsson. The album also features guest vocals by Trevor Strnad of The Black Dahlia Murder.

Dave Astor comments: “This is by far the best Pathology record to date. Everything came out very heavy. We added some new elements this time around and we are excited to see what everyone thinks. We also brought back the evil doctor from the dead so he can continue running his zombie army!”