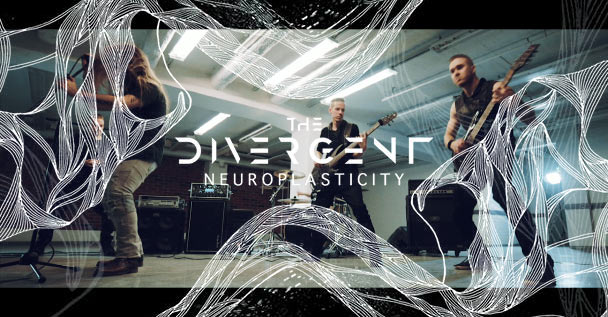 The Divergent is an exciting, newer band making themselves known from over in Hämeenlinna, Finland. Their style comes down to playing high end Progressive Metal / Djent music that’s sure to leave an impact on the ears!

Most recently, the band launched a new EP by the name of “Neuroplasticity”. It makes for nearly a half hours worth of great content that I’m sure a number of you will enjoy!

If you’d like to have a firsthand taste, we’re now hosting the band’s music video for the title track! Give the goods a spin through the link just below. The video was directed by Pete Welling of Welling Creations.

Here’s some official word about the band:

The Divergent is a metal band located in Hämeenlinna, Finland. Their style consists of progressive, djenty, groovy, and melodic elements. Lyrics stem from the absurdity of the modern era – an indolence of humankind to react to chaos it has brought upon itself and on the environment – and the personal struggle and conflict of what being part of it creates.