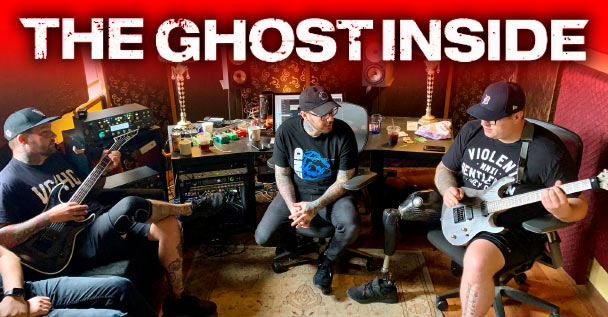 It’s official! The Ghost Inside are currently working on an all new album with no less than producer Will Putney (Fit For An Autopsy) and Jeremy McKinnon (of A Day To Remember) getting involved with its creation. It’s been known the band has been working on new music for the better part of a year now so it’s good to see it coming together on a further level.

This was announced through the tweet which can be seen, complete with a picture from the studio, down below.

All of that being said, it appears likely we’ll see a 2020 release through Epitaph Records for this! Stay tuned for much more news where this came from… In the meantime, you can hear the band tease some unreleased / new music by CLICKING HERE.

For more recent news on the band’s recovery (and ability to overcome) following the 2015 bus crash, you can CLICK HERE.