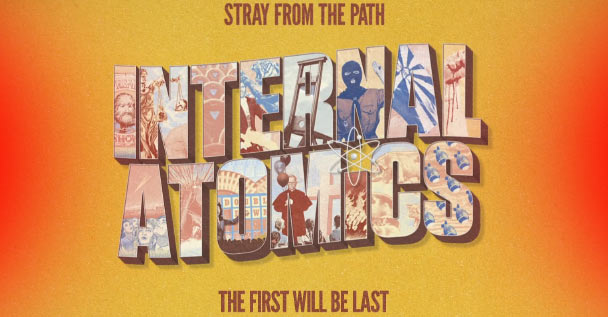 New Stray From The Path has arrived in support of their new album “Internal Atomics” to be released this Friday November 1st through the good people at UNFD.

Here’s the official word in support of it:

Long Island, NY hardcore heavyweights, Stray From The Path, are releasing their new full-length, Internal Atomics, this Friday, November 1st on UNFD. Today the band have teamed with Billboard to share one more taste of the album with their crushing new song, “The First Will Be Last.” In true Stray From The Path form “The First Will Be Last” is a biting, socially conscious track that lashes out at those in positions of power that have selfish outlooks and a lack of empathy for those in need—all overtop a wave of groove-laden riffs and pummeling drums. Along with the premiere, Billboard also interviewed the band to discuss the more universal and world-reaching themes on Internal Atomics.