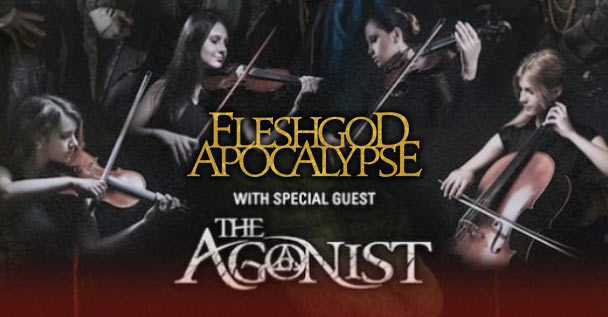 What a perfect combination! It would appear that Fleshgod Apocalypse will bring a string quartet for their 2020 tour of North America. They’ll also be joined by The Agonist to make this happen.

The band’s frontman Francesco Paoli had the following to say of this:

“Once again, we’re sharing the stage with a wonderful string ensemble and, this time, in some of the best live music clubs across North America. About a year ago, we had the pleasure to perform a special show in our hometown with a classical string quintet. We filmed the entire event and, a few months later, it became our first ever official live Blu-Ray, ‘An Evening In Perugia’. Right after that, we’ve been literally flooded with requests from all over the world to make it happen abroad. Everyone in our team, including band, management and label, could only work at making it happen as soon as possible.

So here we are, bringing the full experience across North America in March/April 2019. For the first time in the history of Death Metal, a band is touring with a full string ensemble. Every night will be a night to remember, featuring the longest set we’ve ever played in the continent. No excuses to miss it then, every single detail is going to be perfect and, above all, it might be a once-in-a-lifetime event… Don’t hesitate and get your ticket before it’s too late! Let’s write a new page of Death Metal history together!”