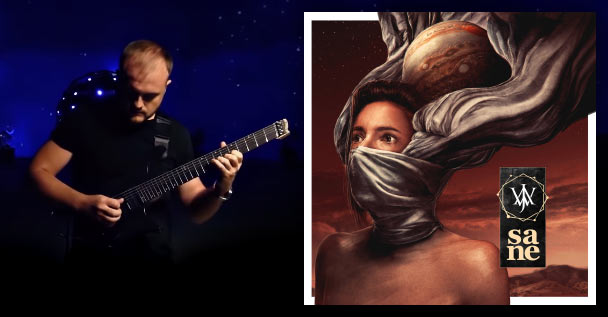 Walking Across Jupiter prove time and time again that they’re a force to be reckoned with in the Progressive Metal circuit. They’ve been releasing high quality content for nearly a decade now and it only seems to get better with time!

Their next step is the release of what will be their third full-length album “Sane”. This is a record they’ve been hard at work on for nearly 4 years now (despite their other releases in that time). The full release will hit on December 3rd with pre-orders (both digital and physical) available over on Bandcamp. The music will likewise be made available on Spotify among other music platforms when the time comes.

They’ve been building towards this with a series of singles which have proven noteworthy. The latest of these is actually an instrumental number going by the name of “The Last Day”. This features a quick cameo from MALIANDER and comes complete with a music video which can be enjoyed right here:

In regards to the upcoming album, composer and guitarist Alexander Valitov had the following to say:

I need to say this album is really important to me. We have been working really hard on this music for almost four years! For example, ‘Bravery’ track was written in December, 2015! The production has taken lots of time, effort, and resources. Not everything went smoothly for us but we coped with the task and are now ready to present everything in all its glory. Now it’s time for you to take a 45 minutes journey with this album and enjoy our musical story.

If you’d like to keep up to date with Walking Across Jupiter as they gear up to release “Sane”, they’ve established a social networking presence on the likes of Facebook and Instagram. Go show them some love!

In the meantime, you can also enjoy more recent singles from Walking Across Jupiter right here: