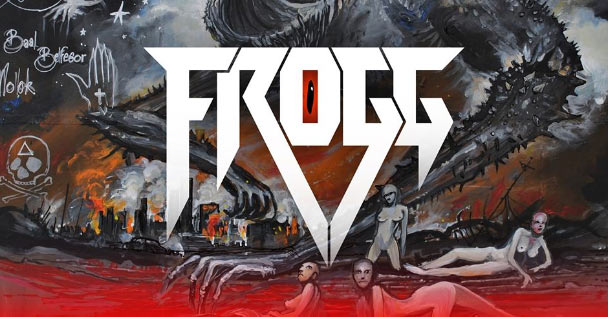 FROGG is a dangerous force of Technical Metal making themselves known! They just launched an awesome new single “Ancient Rain” which can be enjoyed right here:

FROGG is a modern technical metal band located in Stamford, USA with influences stemming from Obscura, Arsis, and Born of Osiris.

The concept behind FROGG is simple: create modern heavy music while striving to show off some originality in an often, over-processed genre. FROGG’s main ambition is to hit the live circuit in NYC and its surroundings with a perfected performance and bolstered line-up.

With performance in mind, FROGG delivers an authentic live sound with no backup tracks, just raw, practiced musicianship. The dark and melodic band promises something hot, original and intense and the debut album “A Reptilian Dystopia” is slated for release in 2020.