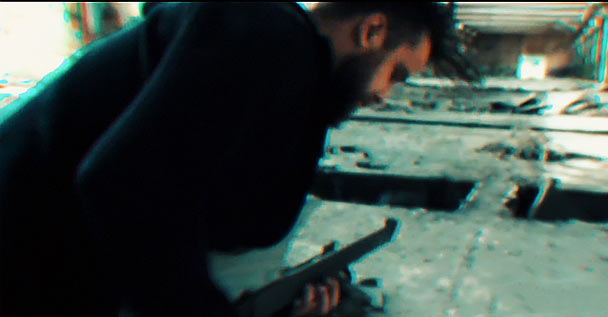 Our friend Outlaw Sparrow has joined Mercuriall Audio Software. He had the following to say of this:

I’ve been playing the guitar for about 12 years now, but things have been evolving slow. There were financial and other obstacles on the way to taking it seriously. Thus, I actually started my guitar/composer career 3 years ago, similarly to the way my Youtube channel grew – I started my channel in 2008, but I’m only really working on it from the beginning of 2019.

On May 16, 2018, I released my first EP called “Outrage”, which I consider to be my first major job. Since then, I have improved a lot, and my perception and attitude towards music has changed a bit – I hope in a positive direction! One of the big contributors to this was my dear friend and, hope I can say, mentor, Serga Kasinec, who from the beginning of this year brainstormed me, gave me huge amounts of advice, and taught me some essential guitar skills that I should have had already, haha! At the same time, I established a rather friendly relationship with Mezzoforte Musical Instruments Store in Budapest, testing their guitars (so far there are more than 20 guitar tests on my YT channel), in exchange for sharing my content and making a contribution to my popularity.

Among other things, this resulted in me becoming a proud Mercuriall Audio Software artist/endorser, which is one of the best amp simulator manufacturers on the market, and I’ll stand by my opinion under any circumstances when I say, it’s phenomenal in every genre and the price tag of their products is ridiculously favorable! Another great pleasure is that I became a GOC guitars artist / endorser, and I’ll tell you more about it later, because it’s amazing how this company makes perfect instruments, and is so cheap that when you grab the instrument and find out how much does it cost you think there is an error in the system, haha!

Over time, I started to work on my new EP! I have an incredible amount of ideas and it was hard to put together one concept to follow, but now I have succeeded! The first finished song is called “Submergence” which already has a music video, and I’m very pleased with the result! After the release, surprisingly many people contacted me, praised the song and the video, gave me constructive criticism and lots of questions about the new EP, lots of them asked advice on their own music, so wow! I am surprised and very happy about that!

I think I can say – I have always considered important strong contrasts in my music. This is noticeable in the “Outrage” EP, but it is also sharply presented in the “Submergence” track. Perhaps, these shifts are more thoughtful, “softer”, but they are clearly present. So, what you can expect with the coming of the new tracks are heavy riffs changing into calm and “storytelling” melodies, the concept of which, no matter how trite it sounds, is life as it is, based on my own experience, fast-paced, always changing, promising and betraying. I’m planning on doing 5 songs for the EP, and want to make only more, no less. I hope I will be able to convey what I feel and that the honorable public will welcome it! Finding GOC guitars and later becoming it’s endorser, as I mentioned above, is a huge help and gives me a lot of energy and creativity for this work.