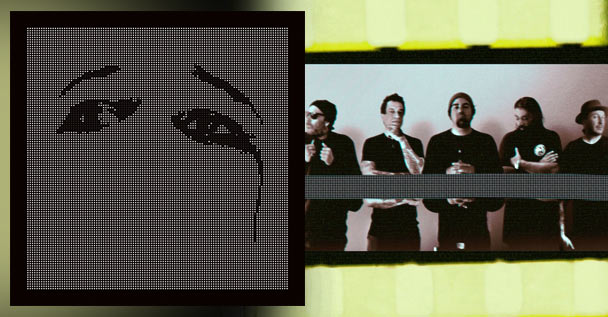 Background: The time has come! It’s been four years since the release of Deftones’ “Gore” offering and now they’re here to follow it up with the brand new promise of the black-and-white “Ohms”. Oh, and they’ve reunited with no less than “White Pony” producer Terry Date to bring this beast to life! The new record just hit stores today and is currently available on all major music streaming services / stores among other locales. The band’s legacy speaks for itself. They first formed in the late 80s but really solidified and took off the following decade starting with records like “Adrenaline” and “Around The Fur” in a Nu-Metal lens. “White Pony” really put them on the map in 2000 and its only evolved from that point on with a total of 9 full-length album releases (10 if you want to include the covers album – never mind the other b-sides). Now, they come to us through what could be considered a high end Alternative Metal approach where you never quite know what’s coming aside from the distinct Deftones sound. All that being said… Let’s take a seat in the lotus pose, take a deep meditative breath and see how this all plays out on “Ohms”…

This Album Sounds Like: Deftones transported themselves into a distorted, dystopian, black-and-white world to play a gig. If one were to take this band’s sound, submerge it in a world of Blade Runner synthesizers, reverbs, classic-yet-fresh sensibilities, meditative mind melting and lord knows what else – you wouldn’t be far off the mark from what “Ohms” has turned out to be as a record. There’s a present sense and dissonance of discomfort meets contentment surrounding this record. While I haven’t dug through the lyrical content, the vibe of “Ohms” seems to both reject and accept the current times. It simultaneously pushes the band’s trajectory in an interesting vector towards additional greatness within their discography. It’s natural evolution, baby.

Some Favorite Tracks: “Ceremony”, “Error”, the singles “Genesis” and “Ohms” (following weeks of regular listening), “The Spell of Mathematics”, “The Link Is Dead”, “Radiant City”. As per usual on a Deftones’ record, all the tracks are worthwhile so just give the damn album a listen if you enjoy this band!

Positives: I’ve said it before and will likely say it again – Deftones is a band that has aged like a fine wine. They’ve built a distinct sound to call they’re own and they’ve approached it from an impressive number of angles. “Ohms” turns out to be no exception to this. They bring the classic Deftones approach while throwing in curveballs through the instrumentation and production of the record. It’s consistently a great experience for the ear holes. Every member of the band delivers by doing what they do best in a cohesive manner… and the Terry Date reunion certainly helps!

Negatives: I don’t have anything overtly bad to say about this record. At worst, maybe some of the tracks grabbed me quicker than others but, ultimately, I’m just happy to be sitting here with a new Deftones album in 2020. Maybe I’m a hopelessly biased fan (well shit, I am…) and I’m not about to claim this work is pure perfection – the idea of handing out 10 out of 10’s has become harder with time – but it’s pretty damn superb.

In The End… Ohhhmmmmm. Still sitting here in the lotus pose and listening on repeat. As just stated, I’m very happy to finally have this album blasting through my system sans a sense of disappointment. It’s a well-rounded, deeply developed, quality effort from a band we’ve come to know and love. While my opinion could easily shift with time in further living with this record, as of now I’m feeling a very strong 9 out of 10 for “Ohms”. Give this one a spin!