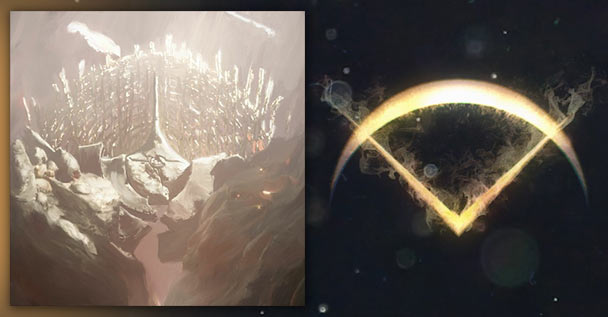 Needless to say, there are a lot of parameters with which we gauge music. Originality, Memorability, Production, Songwriting, Technicality, Number of breakdowns, and the Number of solos – to name a few. Above all, there’s Creativity, which – in my opinion is often underrated. To me, it is the most important aspect that one should look for, before coming to a conclusion as to whether the music is Trash or Elite. As a person who likes to convey thoughts on a particular song or album to those who search for something new to add in their playlist, I have something really creative for you to listen. To give you an idea, imagine if a person plays Led Zeppelin-esque guitar riffs and solos on top of a more modern musical arrangement. That is exactly what Vast Calera does, and he is an artist that you should totally check out if you want to hear that unconventional integration.

Based out of New York City, Vast Caldera is Justin Weiss’ solo project. Under this moniker, he flaunts his love for Vintage Rock and Electronic music by blending heavy guitar riffs with a more catchy electronic tone. Growing up, Justin was a fan of Classic Rock and Metal with artists such as Metallica, Led Zeppelin, and Jimi Hendrix being his favourites. In fact, they compelled him to pick up the guitar – a beginning to his 10 years of guitar learning. Things took a turn when Justin came across the new and hot electronic scene during his college days. As much as he was drawn to Classic Rock, Justin wanted to integrate both worlds by adding the ambience that the electronic music encompasses, with the guitar riffs that he grew up with. This juxtaposition of two different elements is prevalent throughout his debut EP – “Vast Caldera 1”. The very first track, “Romance” is an epitome for the same.

Starting off with a subtle piano note, the track sets the mood to what is to come next. After teasing the unholy marriage of Rock and Electronic with a cinematic-ish string section coupled with a guitar intro, the track jumps right into its true form when Justin slowly builds each of the elements to land a multi-dimensional sound that, at times sound progressive rock, but still relishes the very nostalgic classic rock sound that he was initially going for. Overall, a perfect track that shows Justin’s proficiency in electronic music and rock, as well as his creativity in blending them in such a way they aren’t overpowered. Terrific EP opener!

The second track, “Adamant” opens with a more driving intro with dark guitar notes reminiscent of Black Sabbath. The guitar section, however, would then pave the way to a more catchy tone – perhaps one of the best moments on the EP. Another interesting thing about this track is that the groove or the very base of the song keeps changing very often – especially during the last minute. There are 2 drastic shifts and an abrupt ending. This is where I kind of expected more. The track has a lot to offer, but it seemed as if Justin crammed everything in just 3 minutes. The track would have been a standout if it was at least 6 minutes – with each section getting enough time to shine. But, don’t get me wrong. The track is still good, but it could’ve been better if it was longer.

The third track, “Glory” is a blend of funk and classic rock. A really fun track which is very different from what I heard on the first two songs. Of course, there is Justin’s Electro-Rock combination, but the track is more centred on the string section than on the DnB. Shortly after “Glory”, it is “Nightfall” that exemplifies Justin’s ability to make the most of two and a half minutes by introducing as many elements as he could. Although I was not a fan of what he did on “Adamant” – cramming everything, “Nightfall” is different. They both have a lot of elements, but on “Nightfall” all of them shine through. You have a catchy melody in the beginning, and mid-way you will get to hear a very short guitar section before the track fades out – giving a perfect opening to the final track “Dawn”. The final track is more like a spoiler as to what Justin might show on the next release. The song blends elegant piano notes with a catchy guitar solo. You have that initial guitar opener staying right till the end of the track – reminding you how beautiful it is! Yes, you will find this a bit different from the first 4 tracks, but to me, that’s what makes this song a stand-out.

Overall, Justin has knocked this out of the park! Considering the fact that this is his very first release, there aren’t many negatives. Positives definitely outweigh the drawbacks. The major highlight is, of course, the creativity of Justin to layer as many as elements together to deliver a solid track. I’m really looking forward to what he has in store for us next. I hope he matures and starts experimenting with more genres. Maybe, try and blend Math Rock with Classical Music, or go for the “blasphemous” Black Metal – EDM blend(honestly, I wouldn’t be surprised if he accomplishes it!).