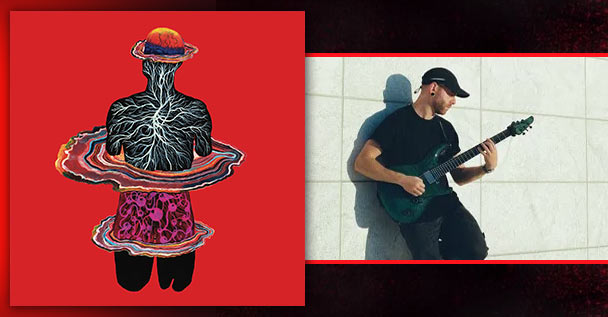 Background: Intervals have taken on a number of forms over the years. Originally an instrumental act ran by Aaron Marshall, they had a stint as an progressive metal supergroup with a full line-up, vocals and all. Then there was a return to being an instrumental group powered by… Aaron Marshall. So I guess that’s to say it’s really come full circle for Intervals. The thing that has remained consistent through this is the quality of the music. This is one of the stronger modern progressive metal acts on the scene today. We’ll be waking up to the rhythm of the latest album “Circadian” on this review…

This Album Sounds Like: 5-HTP > Serotonin. This is a delightful assortment of notes leaping to tickle earholes and bring great pleasure. In short, Circadian is a jam of an instrumental album that could easily be recommended to the prog heads of this world.

Some Favorite Tracks: I really enjoyed the whole lot of them and believe they all function well together. I primarily listened from beginning to end at work this weekend and it made my days better so there you have it. ‘Tis a tasty bunch. There are also a number of features to behold so go ahead and weed ’em out!

Positives: This is an all-around great instrumental effort from Intervals with earworms practically bursting out of the package. The compositions are beautifully done and tasteful to boot. Matched with such a high level of talent, you know you’re in for a good time here. It’s also quite accessible for being so complex – I could probably play this around me mum without stepping on her sensibilities. Despite all the iterations over the years, this seems like a very natural next step for Intervals in all ways. Also, it comes as no surprise the production is great with every element being well polished and fitting perfectly in place.

Negatives: Objectively, this will head into “wanking” territory for some ears. Subjectively, I don’t take much issue with this record at all. I suppose one could make the argument that this is all ground that’s been tread before, but it’s well-worn in this particular case. At worst, some of the more synthy moments didn’t do it for me but that’s entirely subjective.

In The End… Two thumbs up for Intervals! I personally think this is one of the better instrumental releases 2020 has seen. For that reason and many others, I’m feeling a somewhere between a well-deserved 8.5 and 9 out of 10… So, we’ll round it up for “Circadian”! I also think it’s cool there’s a new Plini album right around the corner given the close ties between these two acts… They’ll likely cap off the year in this particular field together. But I digress… Sample “Circadian” through the links across this page!