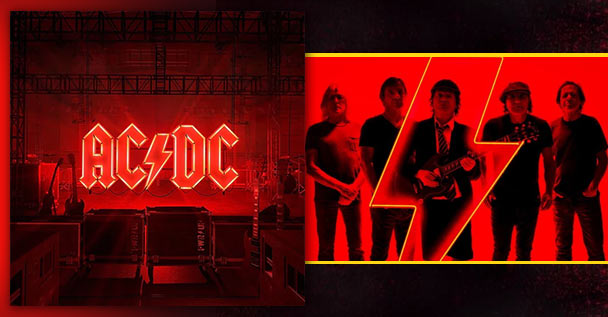 Background: Your dad’s favorite band has made a return! Beloved Australian rock band AC/DC are making the rounds once again with their latest effort going by the name of “POWER UP”. They really need no introduction, but this band has now been at it for nearly 50 years! And despite changes and the unfortunate passing of Malcolm Young, they appear to be steamrolling forward. This is their first release since 2014’s “Rock or Bust” – let’s see how it pans out!

This Album Sounds Like: Electrical current…. Hardy har har… If someone took AC/DC’s discography, put it in a blender, poured it out and had the band play it… It would probably sound something like this. In all seriousness, this is about what one would expect from AC/DC in the year 2020. It’s solid classic rock in the modern day… Angus’s short shorts and all!

Some Favorite Tracks: “Realize”, “Witch’s Spell”, “Demon Fire”, “No Man’s Land”, “Systems Down” (not to be confused with System of a Down), and the closer “Code Red” all stood out to me as gems among the bunch.

Positives: Solid driving classic rock riffs and ideas line the entirety of this record. It’s a bite from previous days for current times. They’re still at it doing what they do best in the lane that they built for themselves – grizzled voice, pummeling rock sound and all. The production also lets this thing shine in a proper light as every beat counts towards the final product. Incidentally, I just read the Stephen King memoir On Writing and he cited ACDC as one of his favorite bands to write to – so I could see the master author jamming to this as he pieces together his next #1 bestseller.

Negatives: This isn’t treading any new ground at all… But it is enjoyable for what it is. So, if you enjoy AC/DC as a band, rejoice! This record will likely be right up your alley. I personally feel like I’ve heard these all a hundred times before but did ultimately enjoy it at face value. However, I likely won’t keep this one in rotation for that reason.

In The End… In my mind, this album is the definition of a 7 out of 10. It’s good but it’s not really pushing any boundaries. It’s merely enjoyable for what it is. However, I can see this being an outright nostalgia trip for a number of you and maybe even an album to love so give it a listen through any of the assorted streams on this page or the music platform of your choice… Let the current run through you!