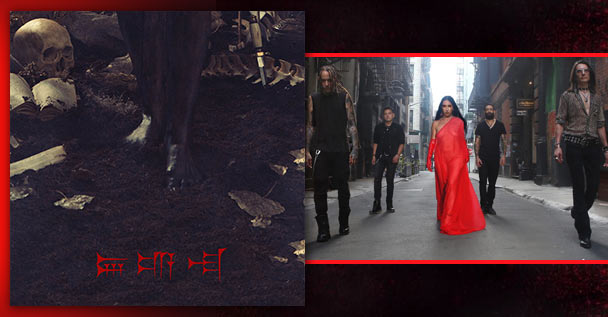 We have a packed 2021 ahead of us, with loads of releases already rolled out along with some prospective ones from big names in the industry on the cards! But the beauty is how game-changing the year would be for newcomers, and bands that are waiting to hit the mainstream shelves. The reason being the amount of visibility that such bands would get as a result of everything being taken to a virtual world – for instance, showgoers would be open for more bands as the geography wouldn’t be an issue. Bands no longer wait for them to get booked – they can do shows on their own. These are just a couple of ways that I think would create a huge change in the entire outlook of a band’s career.

Speaking of 2021 releases from underrated bands – we have “Irkalla” from Vajra – released in January. To be honest, I was looking forward to the release, as the singles released by the band before the scheduled release date were brilliant. Before getting into the songs, let me give you a brief description of the band and their base. The band is based out of NYC and is led by Annamaria Pinna. She comes with an experience spanning more than a decade and her music is inspired by her diversity – living in as many as 5 countries. This is visible all through her songwriting.

As the frontwoman, she has pressed her dominance in the album with her stunning vocals and extraordinary lyricism that ties well with the album. To give you an idea on how well thought out the entire album and its concept is – the name “Irkalla” is derived from the Sumerian/Akkadian literature. It roughly translates to “Underworld”, and is the first of the three forthcoming releases. The said trilogy will be featured around three levels of consciousness, out of which the Underworld is the lowest level.

The first level of consciousness – starts with the title track “Irkalla”. Nothing much to listen to here, as the track is supposedly an intro to “Maya”. However, it must be acknowledged that it serves as a great track, as the follow up seems to have tied with it. “Maya” was one of the first two singles that were released upfront – so it wasn’t surprising to me. I listened to it numerous times, and it was the only reason that pumped me up before the big release. The song, like all the others on the album, circles around the Alt Metal umbrella – having influences from Progressive, and Psychedelic Rock as well as Heavy Metal. The band intends to create a tapestry of hauntingly dark and hypnotic tone backed with a melodic, progressive, foreboding and mysterious lullabies.

The latter part is well showcased on the third track “Crown or Crucify”. It starts slow and with marching drum beats in the background – many might think as if the song will speed up, but it takes a minute for it to happen. But, when it happens, it’s all-in! Riffs are crushing and the drums drive the song forward along with catchy deliverance from Annamaria. This surprised me, to be honest. Although I won’t hold it at the same place as “Maya ”, but a contender for top three tracks on this album! After that blistering track, the album yet again falls into an interlude(almost like one), as “Wavering” is a three-minute-long atmospheric opener for “Sever the Tie”. In my opinion, the band could’ve averted this, as we already had an album opener in the form of “Irkalla”.

As soon as “Wavering” withers off, “Sever the Tie” starts and boy did it surprise. It opens with a folk-ish, almost middle eastern intro that is followed by a catch vocalisation by Annamaria – and boom! right into the chorus. “Sever the Tie” is on par with “Maya” when it comes to the best track on the album. The reason for it is the deliverance and catchy chorus that it has. The album comes to a close with yet another atmospheric track – something that confused me.

Although one might feel as if there are way too atmospheric tracks – too much that it serves as a filler, after a couple of listens you will notice how important such tracks are. It is those tracks that open up for the follow-up tracks. Especially “Wavering” and how well it opens up for “Sever the Tie”. Overall, “Irkalla” will keep the listeners hooked for its entire running time – and of course, those who like this EP will surely be excited for the follow-up albums on this trilogy.