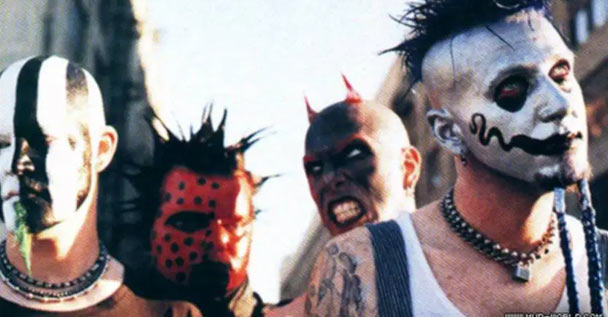 In an unexpected turn following their 2010 hiatus, Mudvayne have announced a series of 4 reunion shows for 2021! They are as follows:

The band left the following statement in regards to this:

“These symptoms suggested that our evolution, I suppose, from the animal kingdom into human kingdom itself was catalyzed or triggered by our encounter with these hallucinogenics, and… Yes, we are an ape with a symbiotic relationship to a mushroom, and that has given us self reflection, language, religion, and all the spectrum of effects that flow from these things And one can only wonder how these hallucinogens might effect our future evolution as well They have brought us to this point and as we make our relationship to them conscious, we may be able to take control of our future evolutionary path
~~ MudDvAyNe 2021 ~~”