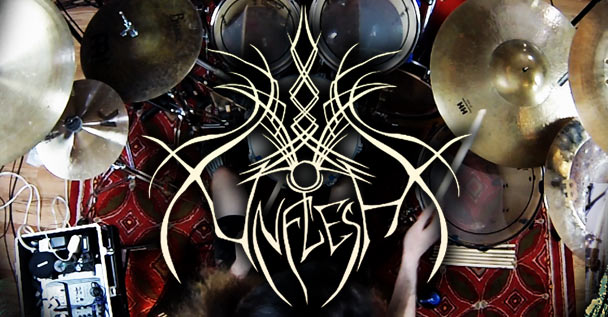 Unflesh vocalist/guitarist Ryan Beevers comments
“Inhumation delves into the concept of desensitization and losing one’s soul or losing one’s humanity so to speak. The title itself is used in a metaphorical sense, as the actual definition of the word “Inhumation” is the action or practice of burying the dead. For album purposes, the title is used on a more spiritual and emotional level. Each track on the album is a bit of a meditation on different aspects of the primary concept. When the listener gets to the last song on the album, the totality of the album will have taken form.